Chris on the charge this month to honour his mum 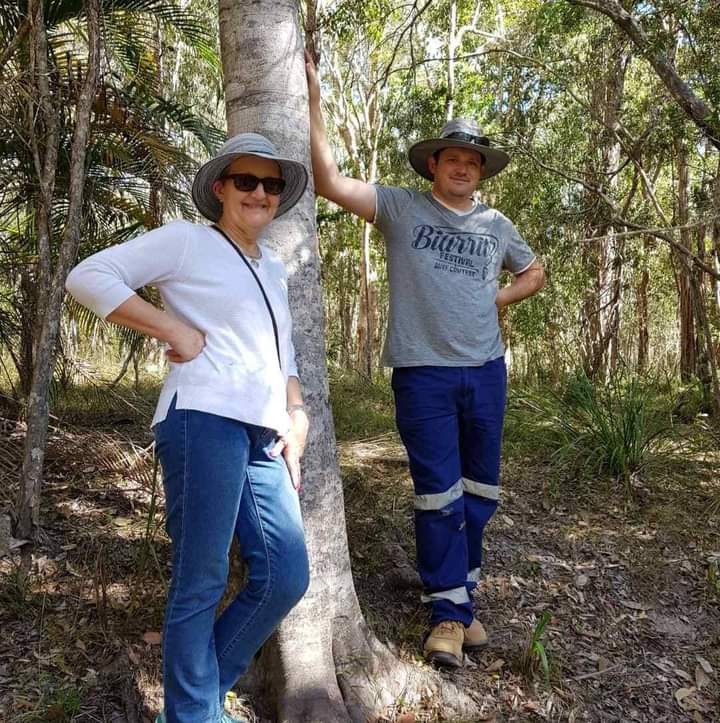 After running 250km as part of last year’s March Charge and raising $2500 for cancer research and support, Chris has decided to push himself and run, walk or crawl 300km in 2022.

“My mum, who had always been active, walked every day before being impacted by cancer,” he said.

“I had a hard time dealing with losing Mum, who passed away in January 2019, and developed some bad lifestyle habits, and needed to do something for my health.

“I have completed a few fundraising initiatives over the years, but I wanted to do something challenging, and that had a large level of discomfort and effort required, which is how I came to the March Charge.

“I thought it would attract some good donations to support the Cancer Council’s great work, and it was a personal challenge, and a way to spend a lot of time with myself to work out a few things.

“It was also a great way to honour my Mum.”

When he’s not charging between Agnes Water and 1770, Chris enjoys restoring old Landcruisers, spending time with his wife and two daughters, and of course rugby league.

A part of the Marlins Committee since 2018, Chris has held numerous positions at the club over the years, including Junior Coordinator and Under 10s Team Coach last year.

“It was the first junior team in several years for the club, and it was great to be able to get this back up and running,” he said.

“We are on track for juniors to grow by one or two more teams this year, which is fantastic for our small community.”

Marlins are holding a sign on day on February 26 from 10am at the Agnes Sports & Recreation Grounds, with anyone interested in playing men’s, women’ league tag or junior’s rugby league invited to attend.

If you see Chris charging around the streets be sure to give him a hoot, and yell something motivational at him as you drive by.

“The more support there is, the easier the challenge,” he said.

“I would also encourage anyone interested in challenging themselves personally to connect with the Cancer Council’s March Charge.

“All money raised goes towards research and supporting those undertaking cancer treatment.”

To support Chris’s March Charge, and help him “tell cancer where to go” by sparing a few dollars, visit www.themarchcharge.com.au/fundraisers/chrisirving