Churchill one of Australia’s Top Leaders 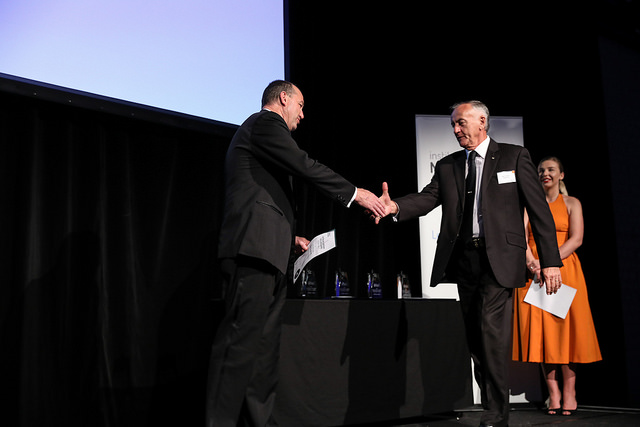 Channelling his famous namesake and continuing a life-long career of service, Gladstone Regional Councillor Glenn Churchill has been recognized in a national leadership award.

The state finalists were:

James Lolicato was the overall winner.

Mr Churchill saying he was “very humbled, honoured and proud to have represented  Queensland, the Gladstone Region and our Qld Police Citizens Youth Club. (PCYC),” and that the judging and awards dinner held in Sydney last year was an “awesome experience.”

Councillor Glenn Churchill has lived in the greater Gladstone Region and Central Queensland for over 24 years.

Together with his wife and family, Cr Churchill has served the business, social and community interests of the region through many different avenues. Cr Churchill is the current Chairman of the Gladstone PCYC Management Committee and recently spent seven years advocating for the region as CEO of GAPDL. Prior to this he served 11 years as both Councillor and Mayor at Banana Shire Council and protected the community for over 26 years as a Queensland Police Officer.