Clean and sober for 15 years 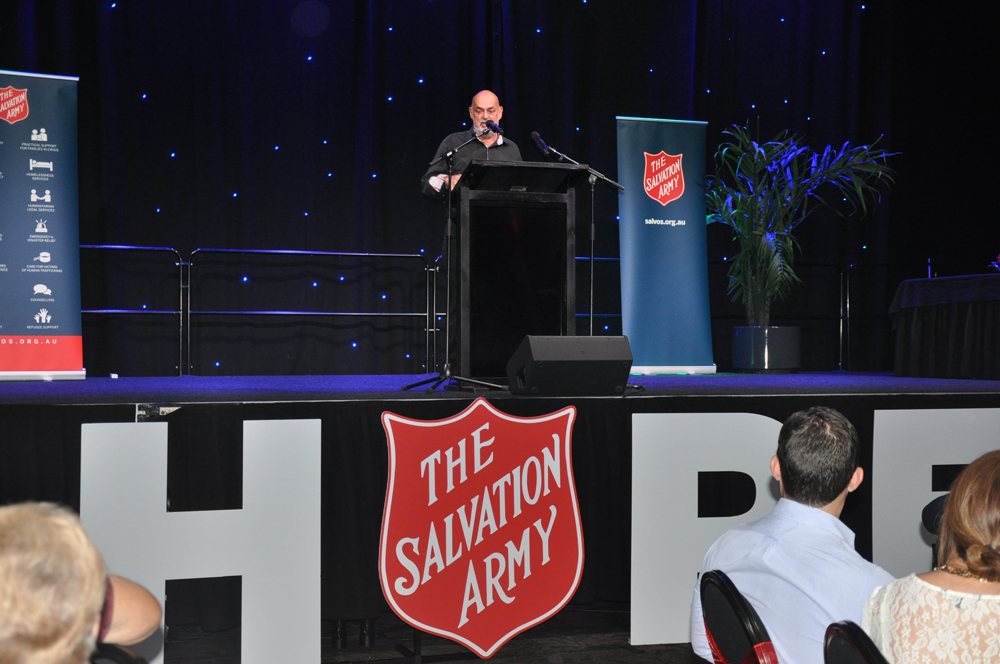 Posted at 14:52h in Charity, Community by Jac 0 Comments

“I’m back to where it all started, in the town that changed my life, which is the reason I am standing here today. Gladstone will always have a special place in my heart because it was here that I had my first encounter with the Salvation Army.

To stand here today and say that I live a good life would be an understatement. The truth of the matter is, that I live a blessed life. I feel privileged to be asked to share my personal story of my journey to recovery, freedom and wholeness. This year I also celebrate being clean and sober for 15 years.

I haven’t always been the bright and bubbly person that you see today, in fact I was a shy child that no one could get a sound out of. At the age of three, my family and I moved to the Central Queensland town of Dysart where my dad began work at the mines. It was here that I started to be sexually abused by our neighbour from the ages of five to eight, which was probably around the time I realised what was happening to me was wrong. I was also physically abused by my father, forcing me to wear track pants, long sleeves or jumpers in forty degree heat to hide the cuts, bruises and burn marks.

I was in my early teens when I spoke to a friend about being abused, they told me what was happening was wrong. By that time, our neighbours had moved to another town so that he could undergo chemotherapy treatment, and my dad didn’t want to hear about it.

When I was thirteen, I ended up meeting with some friends for a party. It was there that I was introduced to alcohol and marijuana – this was the catalyst for what would soon become my coping mechanism for the pain I was feeling due to the abuse I had suffered. When I turned fifteen, I moved out of home and on to the family farm. I was only there a few days when my dad drove out and beat me till I was bloodied, bruised and could move no more.

The next day saw me get on a bus and head for Gladstone to live with my mother and try and escape the violence of my father, but I was wrong. My step dad was just as cruel and abusive, beating me and pushing me down the stairs.

While in Gladstone, I met up with old school friends and started to drink more and try harder drugs to cope with the pain that I was feeling from the past and present abuse. It was early one Sunday morning, when I was still on my Saturday night bender, that I stumbled into the Salvation Army Gladstone where I was met by the Officer at the time. Coming from an atheist home and being eighteen, I came face to face with a God my father said did not exist.

For some reason, I kept going back to the church every Sunday morning, intoxicated and high on ice. Maybe it felt like home to me, as I was kicked out of home and living on the streets for three months at the time. This one Sunday, I was met by the Officer who told me that I needed to do something with my life, or I would end up killing myself. To be honest with you, being an atheist teenager and coming from the farm, I may not have given him the kindest of replies. In a nutshell, I told him that I’ll die when ‘his God’ would kill me.

It would’ve been my third hospitalisation when I realised that I needed to do something with my life – that was my lowest point when I weighed in at only 70kgs. In that moment of my life, I realised I needed to do something. I spoke to the Officer and said that I wanted to make a change in my life and I wanted to stop the drinking and the drugs. He helped me to do so, and I stayed in the Gladstone Hospital Mental Health ward for three weeks. I was then allowed to move back home to live my mum and step dad.

It was not an easy journey. I attended AA meetings and met with my sponsor and the Officer weekly. The people of the Gladstone Corps accepted me for who I was, without judgement. They accepted me despite my circumstances. It was because of the help of the Salvation Army that I was able to turn my life around, and am here today. Throughout my journey, I have found forgiveness for people in my past, and have mended my relationship with my dad.

Now, I’m an Officer in the Salvation Army along with my wife, and it gives me great joy to know that I am apart of the organisation who took an interest in me. Now I can give hope where it’s needed most, help those who are lost, caught in addiction or broken, and be living proof of the change God can make in someone’s life with the help of the Salvation Army.”

Do you know what the Salvation Army does?

The Salvation Army is bringing the Red Shield Appeal back to Gladstone this month, with the proceeds of this drive going straight back into helping the community.

The above testimony was heard at the Red Shield Appeal opening breakfast from Aaron Reid. Aaron is a Gladstone local and now a Salvation Army Officer, whose life was put back on track thanks to the incredible work of the Gladstone Salvation Army.