Up close and personal with Constance Hall 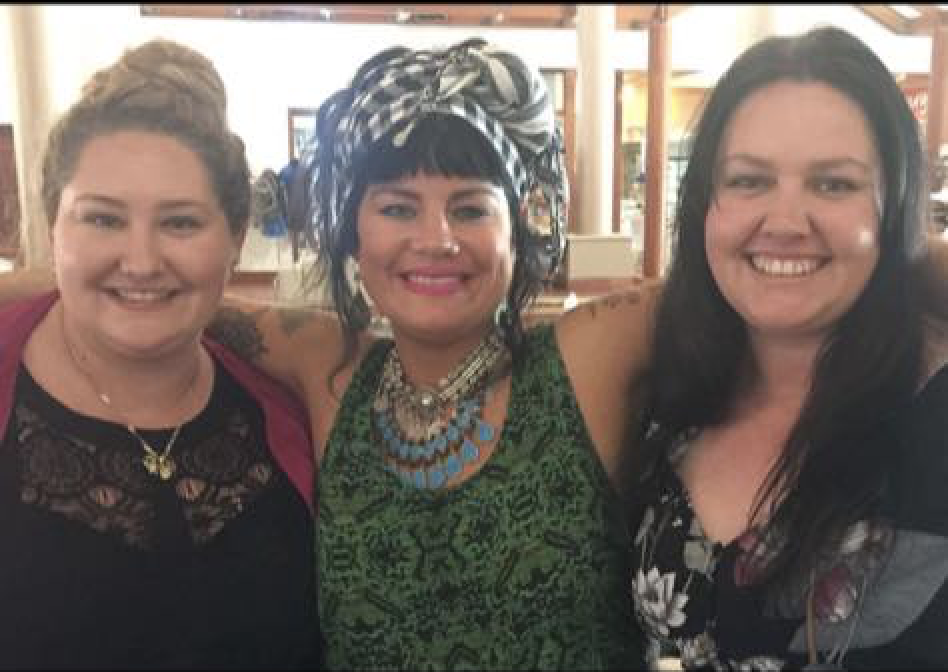 19 Jul Up close and personal with Constance Hall

For those of you who have not heard about Constance Hall (Mummy Blogger), then you have missed out on topics like ‘Bitching Hour’, ‘Having Sex for the First Time After Birth’ and being a ‘Queen.’

She is the type of person that you either love or hate. There is not much vanilla when it comes to people’s opinions of Constance Hall but her power and success is undeniable with over a million-people following her on Facebook, loads of support and fans who just adore her. After meeting her, I can say I am a great fan of her.

Constance Hall has been writing, blogging, over sharing to anyone who’ll listen for the best part of ten years. She is a mum to 4 children (now 6 in a blended family with her fiancé). Constance is a best-selling author of the book ‘Like a Queen’ and also the creator of Mum Tum –  cool skirts that are actually really comfortable and fashionable.

She prides herself on stripping back her inhibitions and sharing thoughts that are very revealing, often getting criticism and kick back on her raw and honest approach to sharing stories of life and parenting. She swears like a trooper, will say the F word and C bomb without hesitation and has no time for snobby egos. She is real and loves the digital media platform that has changed the game so editors can no longer weed out the inappropriate people who have something real or new to say. Her voice is loud and proud.

I have to admit I was unsure how she would be in ‘real life.’ I found out very quickly that she was honest, loveable and just very normal family orientated woman, despite being

hugely famous now. She gets absolutely swarmed by people the second she walks into a room and she is really kind despite how hectic that must get. Selfie? Selfie? Can I get a selfie Con?

you what I got to know about her:

What’s the book ‘Like a Queen’ about?
It’s a bit of a memoir about what I went through with my babies, C-section, breastfeeding and the real-life experience I had becoming a mother. I remember reading ‘What to Expect When You’re Expecting’ and the man was standing behind the woman while she was feeding the baby, whereas my husband was at the pub with the boys, so, I write how my experiences were different – good, bad and ugly.

What is the coolest thing that’s happened to you since you became famous?
I was able to leave my husband and buy my house (group laugh). That was cool. I moved down south into this house that I bought and had my two cousins, 21 and 19 years old, come and live with me. They look after the twins while I work. The book bought me that independence, and I am forever grateful for everyone who bought a copy. I feel so independent, I don’t need anyone. I have never had that before. ‘The essence of success is that you will be ok. I can do this by myself.’

What’s the best piece of advice you have learned or been given?
I did an interview with Clare Bowditch. She asked me, ‘How many books have you sold?’ I stumbled for an answer and I said, ‘Uh um aw’ a few times. She replied with, ‘OMG, are you embarrassed of your success?’ I realised that I would downplay it. Clare pointed out that as women, we should own our success. We need to celebrate each other’s success or tall poppy attitude will take over. I have never wanted someone to say, ‘She’s too big to her boots.’ Now, I am like, ‘You are right.’ I have reached a point when I can say I am successful and I am proud of that.

You have a big following in Australia, what other countries have embraced you? There are so many people in America, but it’s been really hard to crack because I use the word *insert c-bomb here* too much. England and Ireland, we have a load of followers and they don’t mind the swearing, New Zealand really loves us and is a super laid back audience. Sydney couldn’t give a duck; I had 3 people turn up to my show. I have a bigger following from people who don’t live in the bigger cities. Maybe, it’s women who are in country areas, often have fewer egos and feel more connected to real people.

Who do you follow?
That’s a great question. Young Mummy, Clementine Ford. Loads of bloggers and writers and people who are real.

Do you worry your kids will swear or pick up bad language from you?
My kids are much more influenced by peers than me. This is one thing some parents really don’t get. From about 6 years upwards our kids do not want to be like us, they are super influenced by peers, school friends and the people their own age. They don’t want to be like mum or like the teacher. I teach them not to swear, they know what it is, I don’t hide swearing but I teach them not to do it. I also put a lot of time into teaching them to pick really cool friends and choose the right people to hang out with. I say things like, did you see Charlie sharing? That was cool. Did you see how he helped that little kid? That’s nice. I teach them to hang out with the kids that are kind and nice people so they have good influencers.

When do you get time to write?
When the kids are at school. I write then, I am struggling at the moment because I have this sexy beast walking around the house without a shirt on. When a blog comes to me, I blog on my phone. But for the book writing, I sit on my laptop.

How do you decide what to write about, do you get writer’s block?
My brain works but if I put pressure on it, it explodes. I take off the pressure. I message who I am writing for and quit the job. I tell them I am never writing again. The pressure can destroy you, so I have learned to give up and then start again.

Do you wake up loving your job every day?
Absolutely. I left school at 14. I was 28 and pregnant and decided that I wanted to go to Uni. I went for my STAT test 9 months pregnant. Half way though the exam I got hives. I burst into tears and remember telling my husband at the time “I’m so stupid, I can’t even pass my L’s test.” Two months later, I got a letter saying I was in the top 97{7a2eb471754f58cbf59baa93ee81dc7b74d186cb2e306188f39c85ba863dbab8} of the county. I was shocked because I was always told I was stupid. I went to Uni and studied Psychology….. for 10 days. I was really bloody hard, so I stopped. I now found a roundabout way to get my dream career writing. The reason I wanted to study Psychology was that cause have a relationships and sex column. Turns out I didn’t need the qualification, I did blogging and it happened for me anyway.

You have said many times that you love the Internet, why?
I love the internet because it allows us to get our stories out without having to go through the gates anymore. Publishers used to say ‘you had me in stitches but there is no way we will publish that.’ The disruption of the internet means the publishers don’t get to block my content anymore. They now call me asking if they can publish my blogs and I say no!

How do you handle the trolls and Social Media side of fame?
I have handed everything over. Every now and again, when I can’t sleep and I am up late I will reply or post back, but my team look after most of that now. I have backed off on my phone, I was wasting 12 hours a day on it. I feel lots of guilt about catching up with the kids and spending quality time with them. So, I just stopped.

Who are your core people?
To be honest, I am a little bit more just with my family these days. I live with 11 people.  My two cousins. I am always trying to squeeze mo

re people in. I am really social and love having people around.