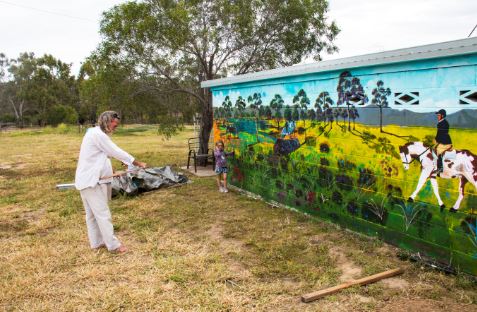 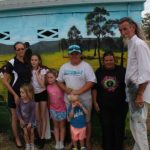 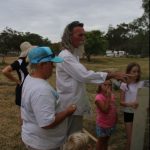 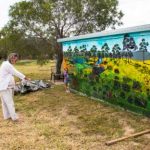 Taking shape on the side of an amenities block tucked away at the end of Pony Club road in South Trees you will find a unique community artwork from one of Gladstone’s oldest sporting clubs.

The Gladstone Horse Performance Club has been in existence in Gladstone since the 1950s. An anvil in the club’s canteen which will form part of a wall of remembrance on the artwork commemorates a founding member of the club.

“That was here when I started pony club in 1984,” President Candice Sansom said.

Artist Bob Gammage who is leading the small crew painting the mural says he “paints the moment” with several the current and former mounts of GHPC members depicted throughout the mural, enjoying the spirit and sharing the process of creativity, to make a beautiful asset to the club and the community.

The project is supported by the Regional Arts Development Fund.