Congratulations Wesley on your Hall of Fame Star 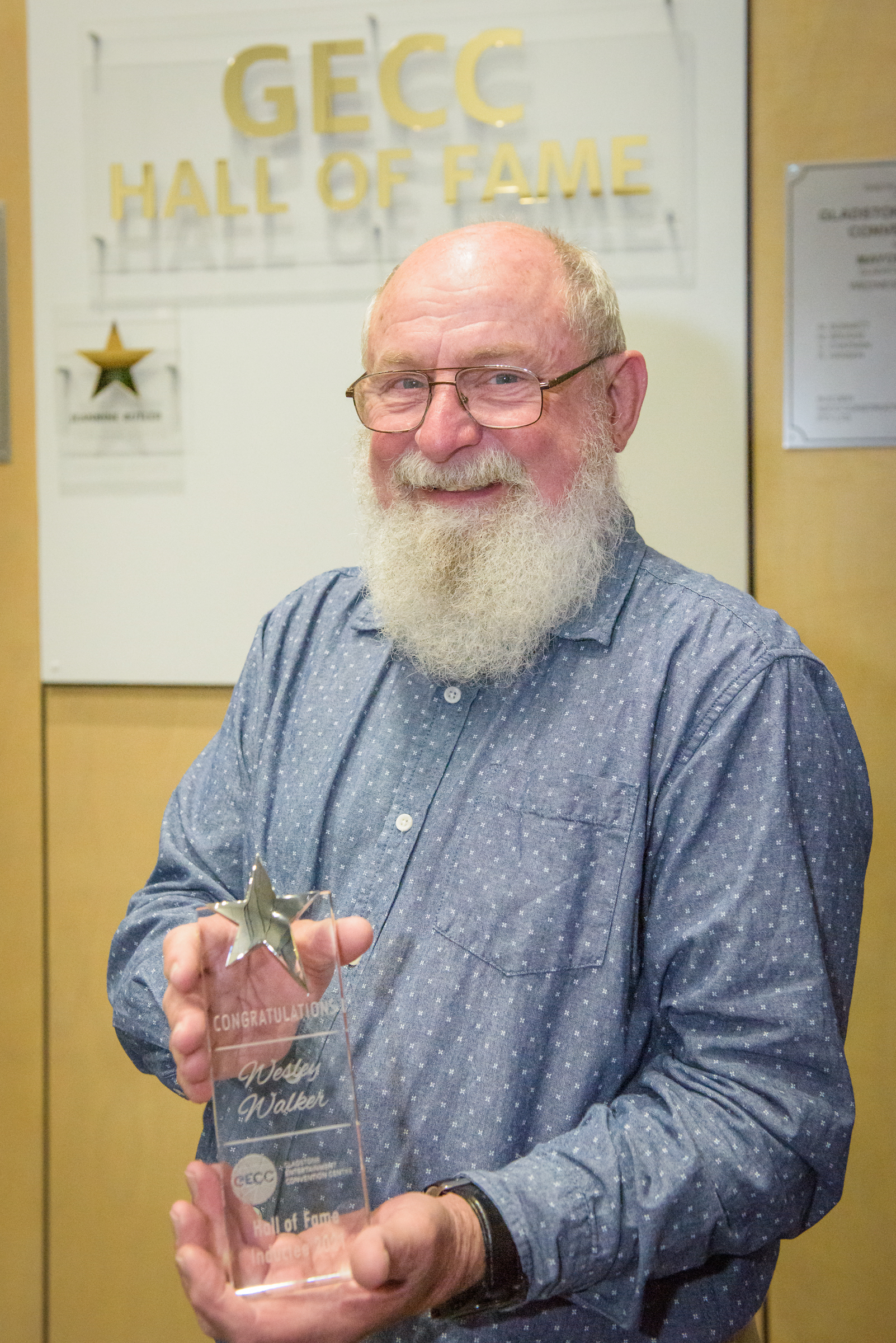 21 Jun Congratulations Wesley on your Hall of Fame Star

The Friends of the Theatre (FOTT) President was inducted at the group’s annual general meeting earlier this month, in recognition of his commitment to the performing arts since moving to Gladstone over 20 years ago.

“Wesley has sat on several committees during this time in Gladstone, including as a Regional Arts Development Fund (RADF) committee member, and a member of the Arts Council, now known as the Curtis Coast Arts Alliance,” Gladstone Region Mayor Matt Burnett said.

“As part of the Curtis Coast Arts Alliance, he lobbied funding bodies for the Gladstone performing arts community, and is currently working on the development of a central database for artists, arts workers and supporters for the Gladstone Region.

“Wesley’s role with RADF has seen him help many local performing artists realise their work and develop their shows.”

Not only has Wesley been instrumental in the development of our local performing artists, but he also performed with local theatre companies such as the Bunbury Players, Wild Goose and in community musicals produced by GECC.

“Wesley has also, for several years, acted as President and member of the Gladstone Friends of the Theatre, working with the group to support the Gladstone City Theatre and now GECC,” Cr Burnett said.

“Wesley Walker, thank you for your continued support of the performing arts in Gladstone, we are honoured to have you as our 2021 Hall of Fame recipient.”

GECC’s FOTT volunteers contributed to over 3000 hours, with a total labour value of more than $139,000, in the past year.

With more than 50 FOTT at any given time, the volunteer program is an active and valuable resource to local theatre and the GECC.

Services provided by volunteers include ushering, registrations and ‘meet and greet’ for performances, workshops, activities, and conferences.

For more information on how you can get involved with FOTT visit www.gladstoneentertainment.com/friends-of-the-threatre