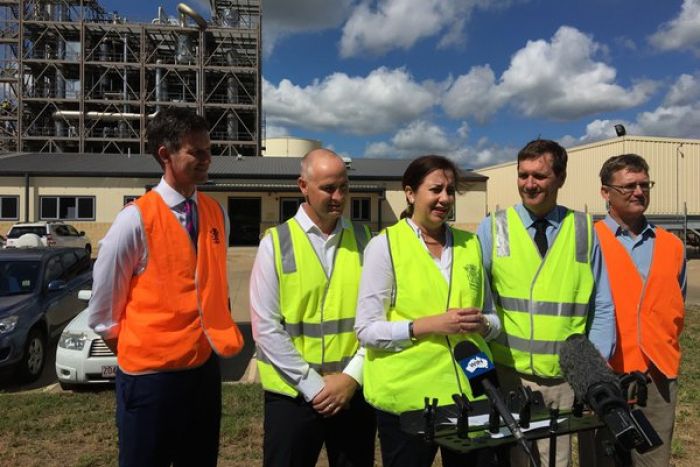 Last Friday the advanced biofuels pilot plant at the northern oil refinery site at Yarwun commenced the first stages of construction. Stage One of the construction is a $16 million pilot plant with the installation of infrastructure to house the first critical component in the refining process.

Works include earthworks, concrete flooring and protective structure which will house the pyrolysis plant which is the first stage in the process to convert waste materials into biofuel. This will then be suitable for military, marine and aviation use.

State Premier Annastacia Palaszcuk is seeking international investors for the project, with the US Navy already expressing interest.

Tim Rose, General Manager of Southern and Northern Oil Refinery says the plant it set to begin processing by April 2017.

State Government is also providing a push for the biofuels industry to grow by committing to run its vehicle fleet on E10 fuel. The announcement was made last week and continues State Government’s highly successful E10 OK campaign. Since its launch in September this year, the campaign has seen more than 200, 000 vehicle searches made to check vehicle compatibility with E10 fuel.

This initiative continues the Government’s highly successful E10 OK campaign, which since its launch 26 September, has seen more than 200,000 vehicle searches made to check vehicle compatibility with E10 fuel.

The campaign focuses on the benefits of Queenslanders transitioning to E10, and the new policy places the requirement to use E10 where practical to all drivers of the Quensland Fleet and Queensland Government agency vehicles.

From January 2017, liable fuel sellers from across the State will be required to sell a minimum amount of ethanol-blended petrol.

By transitioning to E10, motorists will reduce Queensland’s reliance on non-renewable energy while supporting a new wave of industry growth, bringing jobs for regional Queensland.