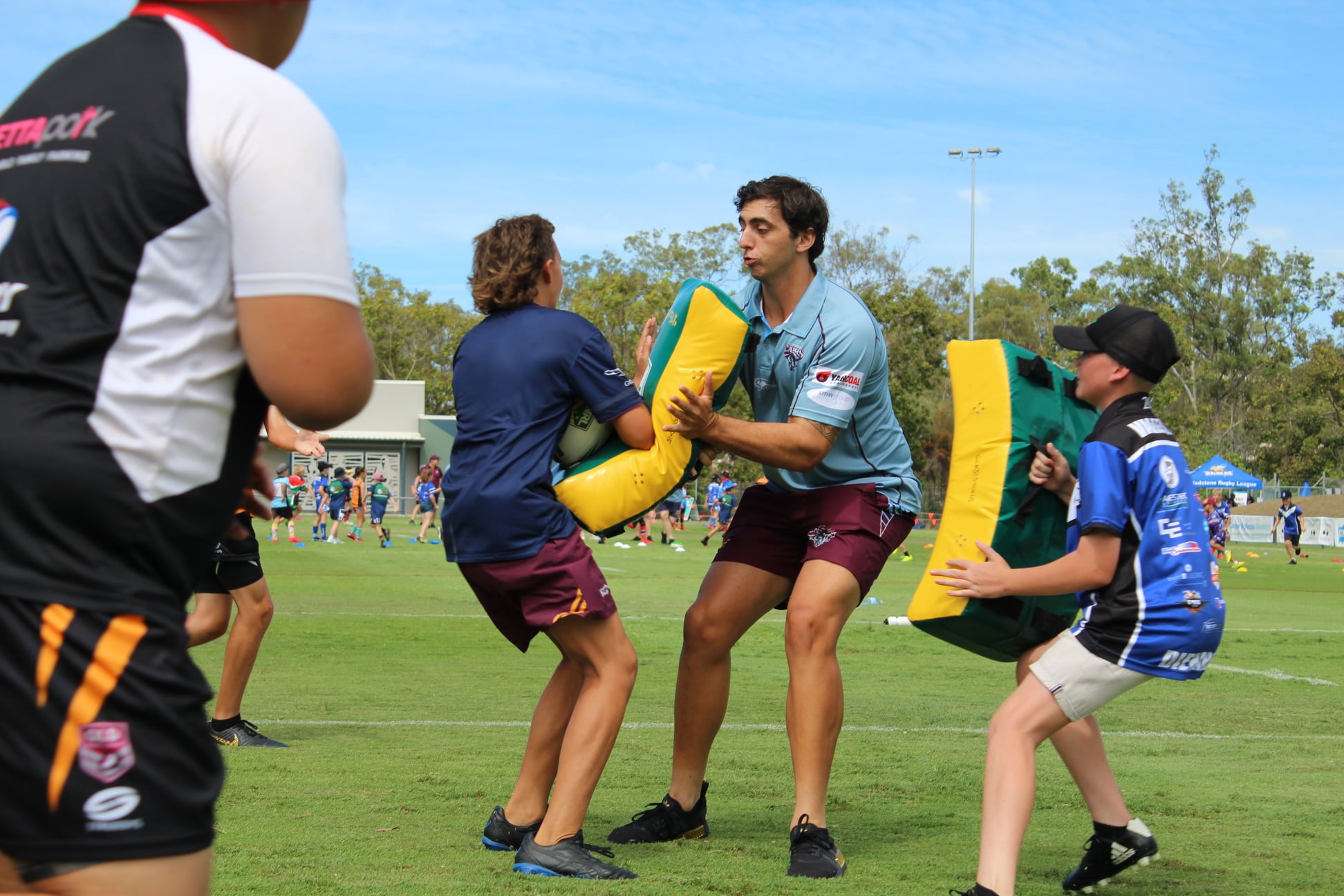 The CQ Capras are celebrating after taking home a 22-point win over the Sunshine Coast Falcons at the pre-season challenge match played at Gladstone’s Marley Brown Oval on Saturday, February 27.

The CQ Capras held an 18-4 lead at the half time break before scoring another 14 more points during the second half taking home the win with a final score of 18-4.

It was a massive weekend of rugby league kicking off with a sports luncheon featuring special guest ‘Raging Bull’ Gordon Tallis and representatives from the Brisbane Bronco’s, CQ Capras & the NRL Development Staff holding a free kids coaching clinic before the match.

The Mal Meninga under 18’s and the Hasting’s Deering under 21’s also played on the day. But unfortunately, they were not as successful as their open age counterparts, with the Sunshine Coast Falcons taking home a 22-4 win in the Hastings Deering Colts and the Mal Meninga Cup ending in an enthralling 16-16 draw.

The official rugby league season begins on the 20th of March, be sure to head to the CQ Capras Facebook page to get the latest fixtures and find out when they’re playing near you!