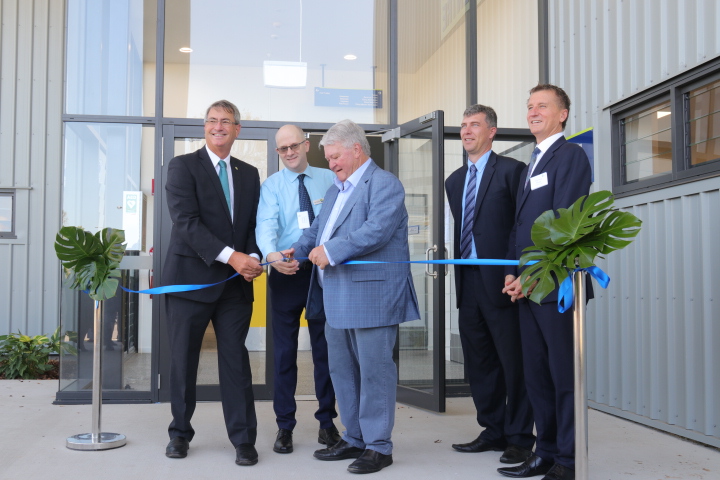 Funded by a $10 million Australian Government grant with CQUniversity also investing $2.5 million, the official opening marked an important milestone for the University and the local community. CQUniversity Chancellor Mr. John Abbott AM and Vice-Chancellor and President Professor Nick Klomp were joined by federal member for Flynn Mr. Ken O’Dowd MP to officially open the facilities.

“CQUniversity is proud to have officially opened this fantastic facility at Gladstone’s Marina campus today. These new buildings will revolutionise the delivery of education, training, and research in the region by allowing CQUniversity to deliver all of its offerings from the one central location,” Mr. Abbott said.

The $12.5 million Trades Training Centre will accommodate the delivery of vocational trades training in the region with workshop rooms, teaching spaces and the new Hair and Beauty Training Salon.

Federal Member for Flynn, Mr. Ken O’Dowd MP, who secured $10 million in the federal funding for the facility, emphasised how the Centre would benefit communities in Gladstone and surrounding regions.

By providing the necessary training for undergraduate and postgraduate students in Gladstone, the Centre will help to prevent them from having to move to capital cities.

“Not only will it house many trades and be able to train locals to do local jobs, but the new facility will have the ability to attract new workers to the area, helping address the skills shortage. This is just another example of why Central Queensland, and Gladstone in a particular, is leading the way for regional towns all over the country,” he said.