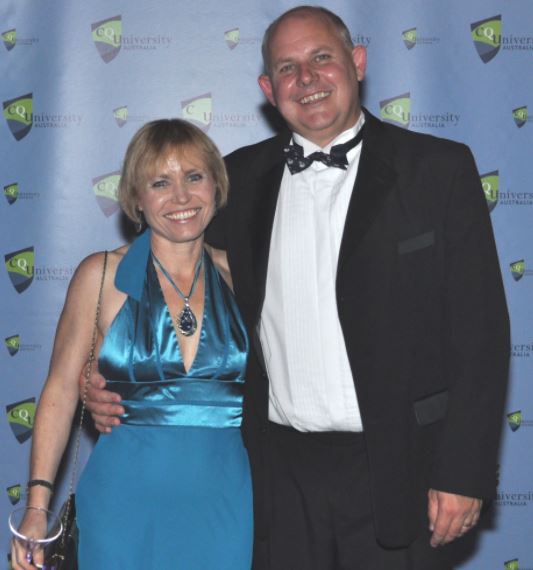 Posted at 12:24h in Education, Local, News by News 0 Comments

CQUniversity’s Vice-Chancellor has today announced to staff and students that he will depart the University at the end of this year to spend a decade driving around the world in a truck with his wife Anita.

In announcing his departure, Professor Bowman acknowledged that the announcement would come as a surprise to many, as he had only just renewed his contract at the end of 2017, which would have seen him stay on as VC for another five years.

Professor Bowman explained that it had been a difficult decision for him and his wife Anita, who also works at CQUniversity as the Head of Department for Medical and Imaging Science.

“When we arrived at CQUniversity in 2009, I could never have imaged how much I would grow to love this organisation – its staff, students and communities.

“It makes me so proud to see how many lives have been transformed during this time through the power of education and research; how we have expanded the University’s reach into communities that have deserved a tertiary education presence; and how we have made CQUni a great place to work.

“CQUniversity has become a great university because of the great people behind it,” he said.

Professor Bowman went on to explain that despite only renewing his contract late last year, over the Christmas break he had a chance to really reflect on the last decade and his role in the future of the organisation.

“Ten years ago we put in place a renewal plan for the University – Strong to Great. I think we can all be proud that we have made CQUniversity a great university. We are now entering a new ten year strategic intent period and I think it might need a different set of skills to take the University forward, and that this is a natural time to look for a person with those skills”.

He also explained to staff that he and his wife both felt that now was the best time to move on and embark on their shared love of travel full-time.

“Anita and I met on the back of a truck In the middle of the Sahara Desert about thirty-five years ago and I remember that trip like it was yesterday.

“We spent hour after hour on the trip discussing how we would travel around the world but as is the case for many people, it never happened as we expected. We had children when we were young and got into buying a house and developing our careers.

“So, while reflecting on our lives together and enjoying the company of our grandchildren over the break, we both made the decision to move into the next phase of our life together – one we have been dreaming of since we met on that truck.

“To that end, we have actually bought a truck and plan to drive it around the world,” said Professor Bowman.

The Bowman’s plan to begin their world expedition in May next year.

“Our plan is to spend at least 10 years abroad experiencing what life has to offer and rediscovering our passion for cultures and countries, while our health permits. Where we can, during our travels, we are also hoping to work with communities we encounter who have a need for volunteers so we can continue to give back to those who need it the most.”

Professor Bowman said that even though he will be embarking on an exciting new adventure, he will miss the people of CQUni and leading an organisation that is so committed to inclusivity and giving back.

“I don’t think there is any other university I would ever want to work at.

“Everything CQUni does is focused on daring to be different and making positive change within the communities we serve, both here in Australia and overseas.”

“CQUniversity will always hold a very special place in my heart and I look forward to witnessing the University’s future growth and success, there are many exciting possibilities ahead.

“For now though, we will continue on as business as usual with our plans for growth, strengthening our partnerships with our communities, and doing amazing things every day,” he said.

The CQUniversity Council will commence a recruitment process in the coming months to appoint a replacement for Professor Bowman.