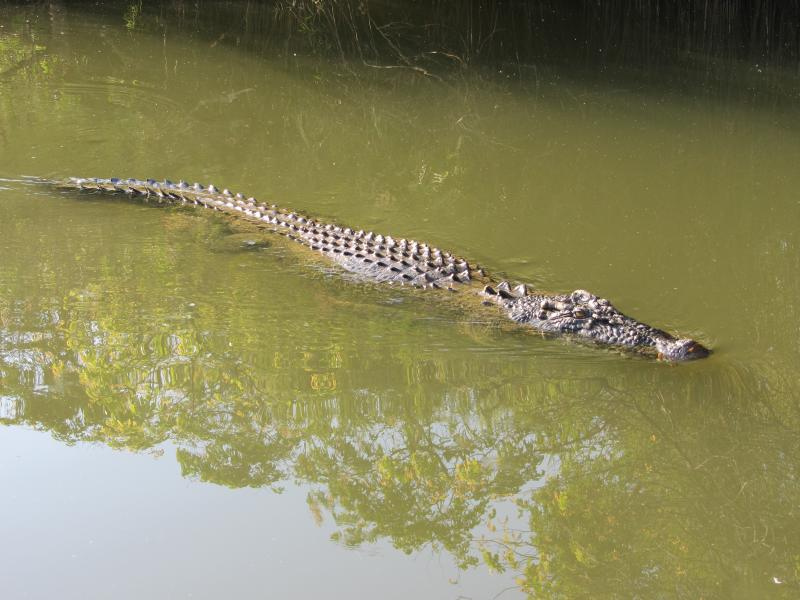 Last Friday a crocodile was sighted in Round Hill Creek in Agnes Water. A spokesperson from the Department of Environment and Heritage Protection said the crocodile is outside designated ‘croc country’ and is a concern for residents in the area.

The crocodile was reported by David Blount who is a resident of Agnes Water. David spotted the reptile while kayaking in the creek on Friday. Wildlife offices from the department started an investigation on Monday and are expecting to capture the crocodile and relocate it.

The reason for concern and relocation of the animal is due to the fact that residents outside of typical crocodile habitat areas do not have the same awareness and education on crocodile safety.

Typically, Gladstone is considered the southern boundary of crocodile habitat, so it is considered out of the ordinary for a crocodile to be as far south as Agnes Water.