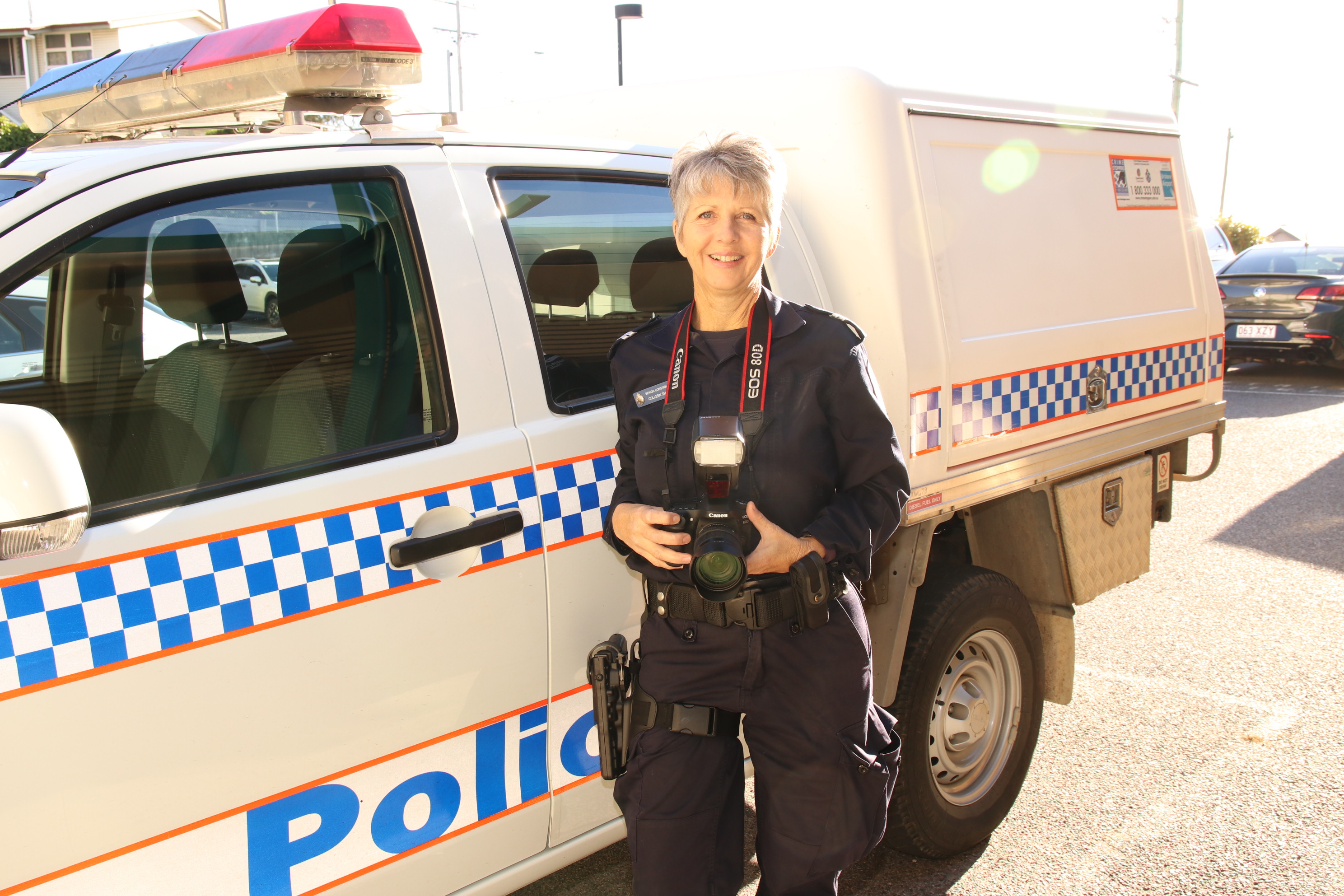 Posted at 17:01h in Charity, Community, Health, Police, What's on by News 0 Comments

You simply cannot keep a good woman down and Gladstone Police’ scene of crimes officer Colleen Smith is living proof.

The end of this month – Friday 27 July – will see the Anderson Auto City Police Charity Golf Day take over Gladstone Golf Course – and already at capacity with 124 players ready to tee off for a full day of fun, with nineteen generous sponsors and ten raffle draws per hour.

It’s been good therapy for organiser Colleen, who is now back on deck full-time in forensics and recovering well after a year of serious illness: “I just went very grey, that’s all. But I can do the hair.”

Working in the region since 2009 and very active in the community, Colleen didn’t know why she was ill at first: “In 2016 I started to get very unwell, but they couldn’t give me a diagnosis, so it was eight months before I was diagnosed.”

“One of the girls at work pushed me to get a second opinion, so I went to her doctor where they took one look at the reports and said: “You need to see a surgeon.” That was on Wednesday. By the following Monday I’d seen the surgeon and the week after that I had surgery, so it just went on from there.”

Finally diagnosed with stage four Hodgkin’s lymphoma, after undergoing chemotherapy in Brisbane, Colleen says she struggled with fatigue, boredom and isolation during her recovery:

“I learned a lot about myself. I’ve never been sick in my life, so it was a real wake-up for me.”

“When you haven’t got a lot of energy to do anything, you don’t want to put people out. People say, “we’re here for you, don’t be afraid to ask” and they really mean it, but sometimes we’re too proud and we think we don’t really need help.

“I did get to a point where I was actually getting quite depressed. And this is when I wanted to go back to work,” she said.

And work she did, organising the mammoth golf day which also supports CSP (Community Supporting Police) Helping Hand and the McGrath Foundation as well as developing ‘handywoman’ workshops through Bunnings and the Gladstone Women’s Health Centre.

Colleen’s resilience, charity work and amazing positivity have earned her a nomination for the 2018 QBank “Everyday Hero” Achievement Award.

“Sometimes I was down, and I’d have a cry and I’d just think “I have to get back up and get going.”

“You give yourself an uppercut,” she said.

“I remember when I was lying in the hospital (Asst. Police Commissioner) Mr Condon saying, “Colleen if there’s another job you want to do, we can put you anywhere in the service in Queensland.”

“I don’t think he meant I could be commissioner,” Colleen laughs. “But I said “Mr Condon, I love my job. I’d like to go back to my job, please. I think that was the right answer.”

While the Golf Day is sold out, you can still get in on some of the fantastic raffle prizes or support the Golf Day by contacting Colleen: smith.colleeng@police.qld.gov.au