Dami Im to play at GECC THIS Saturday night! Get your tickets NOW! 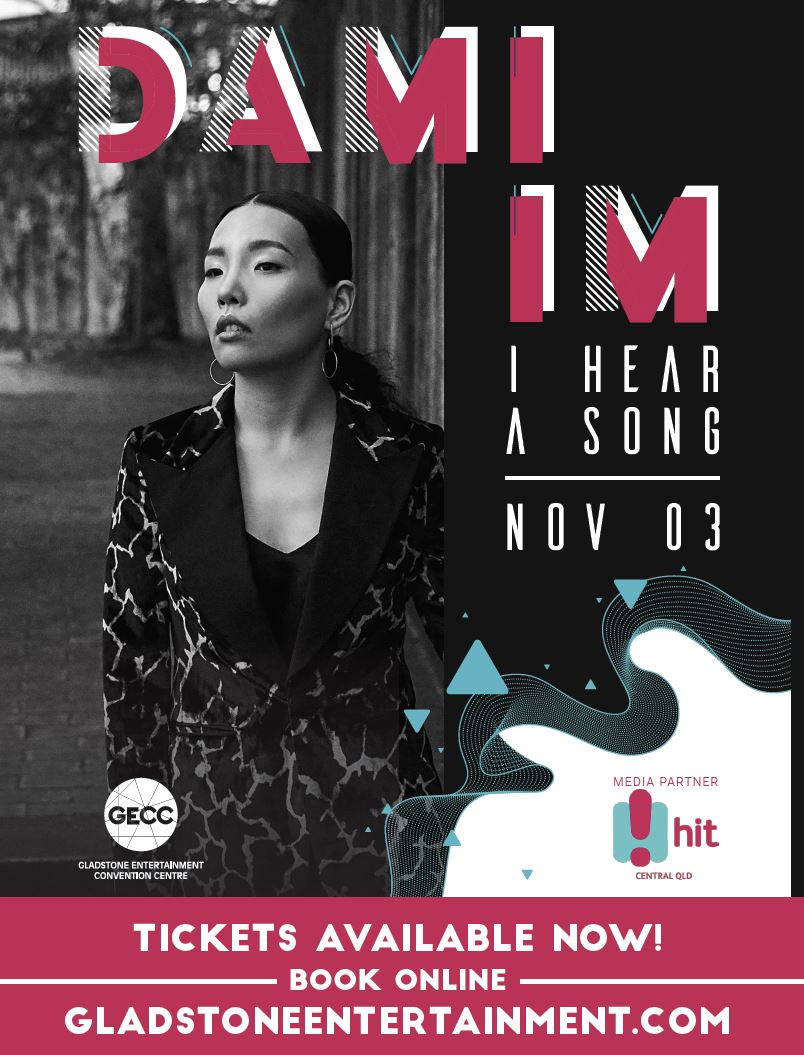 01 Nov Dami Im to play at GECC THIS Saturday night! Get your tickets NOW!

Since winning The X Factor in 2013 Dami Im has settled into place as a major player in the Australian Music Industry. Her powerful voice and artistic stage presence are both memorable and mesmerising. Dami will be visiting the Gladstone Region on Saturday 3rd of November to perform an intimate show at the Gladstone Entertainment & Convention Centre. Elevate Media in partnership with the GECC and the Hit Network are excited to bring Dami to Gladstone for this one-off performance.

Born in South Korea, Dami moved to South East Queensland as a child where still resides. Gladstone News Content Curator Em Costello chatted to Dami about her upcoming visit to regional Queensland and what the audience can expect from her show.

This will be the first time the singer has visited Gladstone, and she is really excited to explore our town! Dami said she was looking forward to bringing her live performance to the region.

Audiences will hear songs from Dami’s current studio album ‘I Hear A Song’ which was recorded in Nashville, TN. “Tunes by Aretha Franklin, Billie Holiday, Norah Jones and Beyonce, songs that I grew up listening to,” Dami explained. “I recorded them at my piano and I am really looking forward to playing them again live,’” she added. “I recorded this album with the live performances in mind.”

Dami said she has always been strongly influenced by strong female vocalists. “I always looked up to women who sang, who could speak their minds through their music, and that is who I wanted to be,” she said. Dami explained she was really looking forward to performing in Gladstone because of its intimate setting,

No stranger to smaller venues Dami said she loves visiting smaller towns as she feels the audience really appreciates artists visiting there. “I just feel really loved and welcomed when I go to a smaller town,” Dami explained. “It makes my job a lot more exciting, I am there to enjoy the vibe and share the music.”

In between touring and recording Dami has been working really hard every day writing new songs for her next release, and she is hoping to give the Gladstone audience a taste of her new music while she is here. “When I come to Gladstone, I will be able to share some of the new songs I have been working on as well,” she said.

While touring Dami said she likes to explore the cities and towns she is visiting, finding the best food and coffee on offer! She also loves the beach so keep an eye out for the singer who is keen to explore our region in her downtime while she is here. To book your tickets for Dami’s ‘I Hear A Song” concert contact the GECC now!