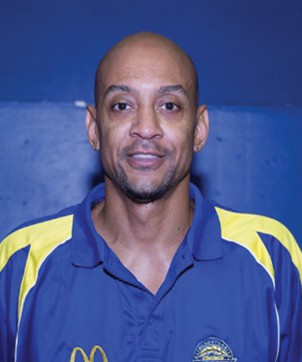 Derek Rucker has been charged with fraud for allegedly stealing more than $20,000 from the Gladstone Basketball Association.

It will be alleged that last year, Rucker obtained a credit card as part of his role at the Port City Power association, but used it in a personal capacity.

Detective Senior Sergeant Luke Peachey said police began investigating the matter after the association made a complaint earlier this year.

It is alleged that he transferred money from the association’s bank account to his own. Around $20,000 is alleged to have been fraudulently obtained from the organisation.

Basketball Queensland chief executive Graham Burns said he was not prepared to comment on the pending court case.”We’ve only just become aware of the situation,”

“We are currently reviewing our by-laws to determine what appropriate action can be taken.”

Derek Rucker is a former professional basketball player who starred in the Australian National Basketball League for 15 seasons and who was trusted by the local Gladstone club to engage with team members, the community and assist in many areas of the organisation.

The 49-year-old has been issued a Notice to Appear in the Gladstone Magistrate Court on May 25 to answer charges of fraud.