Don’t Miss An Infamous Night Out! 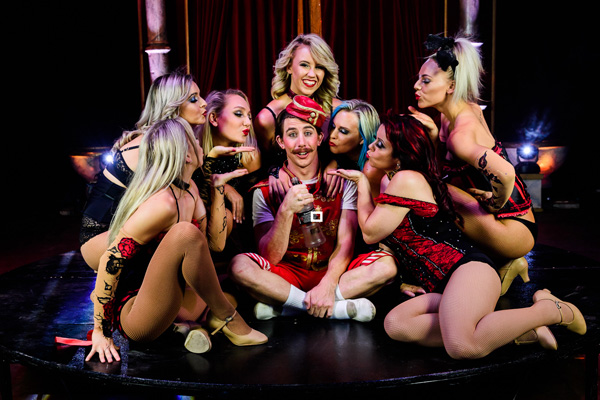 Infamous The Show has hit the road again this year, returning to several towns and cities across Queensland.

Due to flooding in South-East Queensland, the Cabaret Cirque Sensation will only be in town for four nights, but they promise to make it worth your while.

Jemima Ashmore, one of the show’s stars, wants people to attend the event, and escape from their day-to-day lives.

“All of us at Infamous want our audiences to be entertained most importantly and have a great night out, and we also want to encourage each person to be present in the moment, so you don’t miss something amazing.”

Ashmore, who has been an entertainer and performer since childhood, says she has never worked in a job like this before. Not just because it’s the first circus she’s ever worked for, but also because of the sexy and thrilling twist the performers give to a traditional circus act.

“Infamous The Show is a cabaret circus full of world class acts and elite performers, similar to traditional circus but as a mature 18+ event, we put a sexy spin on the circus you all know and love with added variety and excitement.

“We want customers to perceive the show as exciting, and full of surprises. Audiences can see how unique we are, which is why Infamous The Show is as memorable as our name hints. We have many different talents and skills on offer for our amazing audiences as we travel the country, and there’s always a little something for everybody.”

Ashmore considers herself very lucky to be working at Infamous The Show, and the art that her and her co-stars produce is fueled by their passion.

Tickets are available now at https://infamous.net.au/, so get in quick before they’re all gone.