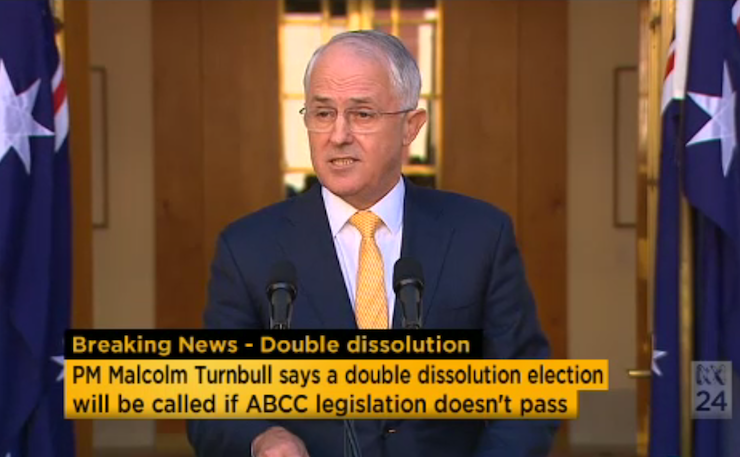 The PM officially announces we’re going to the polls on July 2, kicking off a two month election campaign. The Governor-General Sir Peter Cosgrove has approved Prime Minister Malcolm Turnbull’s request to dissolve both Houses of the Australian Parliament (76 Senate Seats and 150 House of Representatives Seats).

Malcolm Turnbull has fired the starting gun on a 55-day election campaign, placing jobs, growth and economic management at the heart of his re-election pitch and warning a switch to Labor would “stop our nation’s transition to the new economy dead in its tracks”.

Opposition Leader Bill Shorten has fired back by promising to protect schools, hospitals, workers’ pay and conditions and to act on climate change – in pointed contrast to Mr Turnbull, who did not mention global warming in his election pitch – while stressing Labor’s unity of purpose and commitment to fairness.

It’s expected both Mr Turnbull and Mr Shorten are to begin day one campaigning in Queensland which, along with New South Wales, is one of two key battleground states that will determine the result in election 2016.

The Coalition currently holds 90 seats and Labor 55 seats in the lower house, but following the redrawing of electoral boundaries in NSW and Western Australia, the Coalition holds a notional 89 seats and Labor 57 seats – with 76 seats representing the minimum number required to win government.