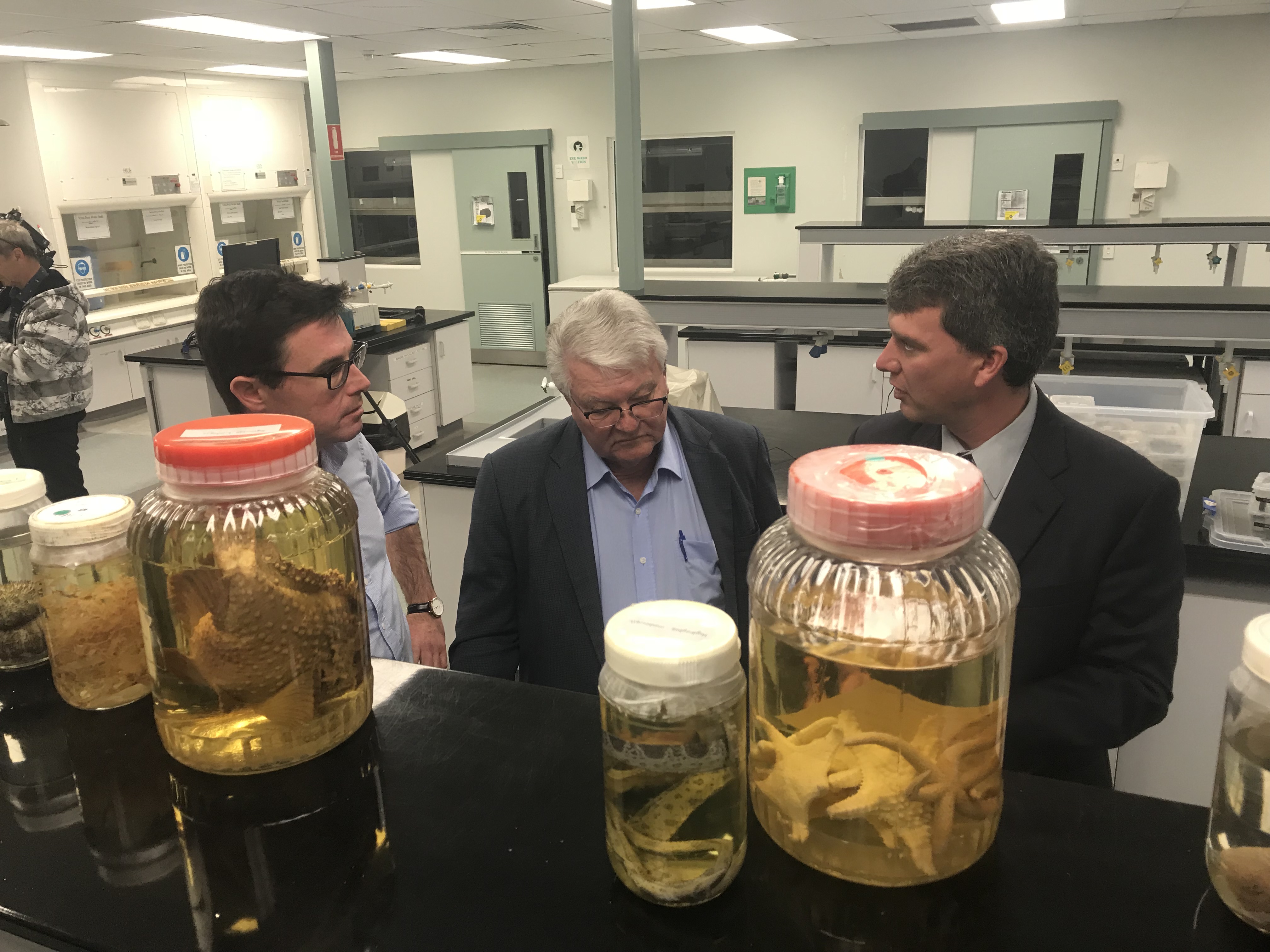 The program works to ensure the future of Australia’s $60 billion agricultural industries, $3 billion fisheries sector and unique marine tourism, including the Great Barrier Reef and is looking at different ways pests make it to our shores, such as in ballast water from ships.

Speaking from Central Queensland University (CQU) Mr Littleproud and Member for Flynn Ken O’Dowd, said working with industry and other experts was a key part of strengthening pest and disease defences.

“Exotic underwater pests we want to keep out include the invasive Asian green mussel that can heavily foul man-made structures in ports after arriving by boat, as well as out-competing native species.”

“Marine pests are great hitchhikers and can get into Australia by catching a ride on ships or other vessels coming into Australia, big or small,” Mr Littleproud said.

CQU holds the second largest marine sample collection in Australia which is used to see changes in the marine environment and monitor pest incursions.

The minister said expenditure would include $25.2 million in smart new technology, including potential use of underwater drones to check for pests on the underside of ships as well as $35 million in contingency funding for use in the event of a major incursion or marine biosecurity crisis.

“In 2015-16 alone the Port of Gladstone received 1,800 vessels. With exports on the rise, we must innovate to protect our marine environment from exotic pests.”