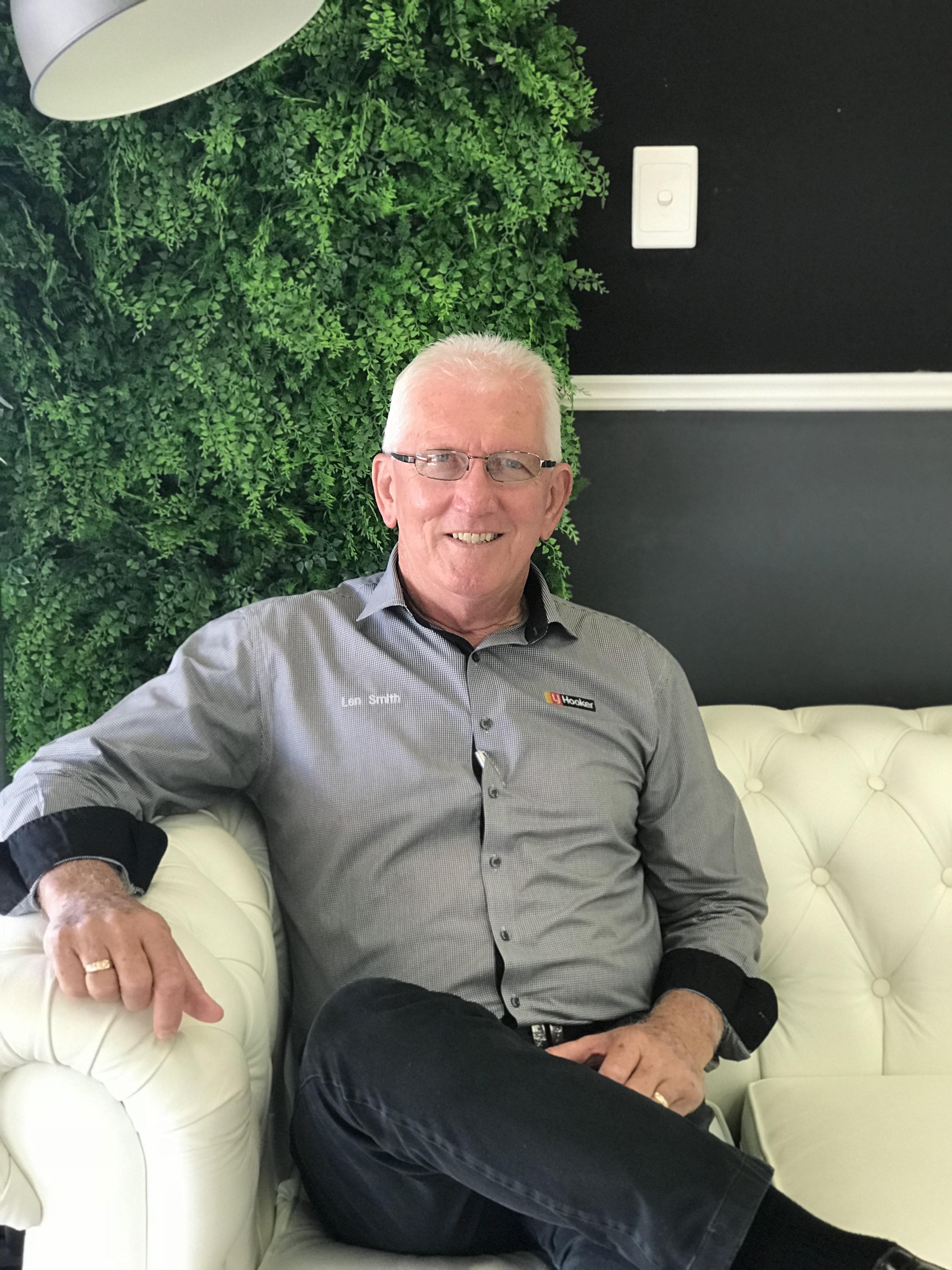 Len Smith has given me the best definition of a Gladstone local that I have heard in my twelve years of living in this great community, and it isn’t that your granny was born here:

He would know. Born and raised in Gladstone, Len started his career when he was appointed in 1968 as a trainee travel agent for Day and Grimes – back then, the biggest furniture and floor coverings store and travel agent in regional Queensland.

“There was a big problem with that though, because back then, if you booked an overseas holiday with Day and Grimes the travel agent would pick you up and take you to the airport,” he said.

“But I was only fifteen, I couldn’t drive,” Len said.

“They gave me a start in the furniture business until I could get my driver’s licence, and to their credit, Eric Grimes (Len’s boss, and somewhat of a mentor) did offer me my position back in the travel agency when I turned 18 but by then I was loving the other side of the business.”

Marrying Sue “my backstop and support” in 1976, the family made their home in Calliope: “I suppose over the years I first started getting involved with the Calliope community because that’s where we lived,” he said. “I’ve always volunteered, mostly at the Calliope Roosters football club.”

“With the business, at the start of every financial year, we would decide how much money we would put into community activities,” he said.

“Mostly it went to Variety and we had a lot of in-kind sponsorships given to community organisations.” The Gladstone VMR for instance was supplied with carpets for their buildings and vessels compliments of Len and Sue.

He attributes the long-standing success of Carpet Court which he left in 2005 to his background in “looking after your clients”.

They were also the first business in town to employ a full-time interior designer, Kathy Bull.

“I never saw it as a carpet store,” he said. “We had great relationships with our customers but also with builders and décor businesses like Harbour City Tiles and Curtain Magic. I always thought I was in the business of helping people make a home, helping them to create something nice.”

Enjoying an active retirement, Len is continuing to help Gladstone people into a home, taking on a sales role at L. J. Hooker, and staying in touch with his commercial real estate investments.

From 2004-2008, immediately prior to amalgamation, Len served as a councillor on the Gladstone City Council, taking a tilt at the mayoral role in 2008.

“I went into that election knowing that if I didn’t win, it was over, I couldn’t be a councillor any more, and that of course is what happened. The councillors weren’t really paid in a full-time role back then but I put my all into that position. It took me a year or two to get over that one,” Len remembers.

As chairman of the Gladstone Crimestoppers committee and former head of the GAPDL, Len has helped steer the community through the turmoil of the LNG boom, facilitating programs to alleviate housing stress. His time at the helm of Crimestoppers was marked by a reduction in the overall crime rate and also a good deal of change.

“I think we lost about a generation and a half of volunteers when the LNG boom came to town,” he said. “Prior to that, GAPDL had 160 employees at council and council-related events and they’re still working back up to that now,” he said. “But it’s still a great community that’s for sure.”

His advice for success in business is to offer exemplary client service and to act with integrity: “That means never having to look over your shoulder.”