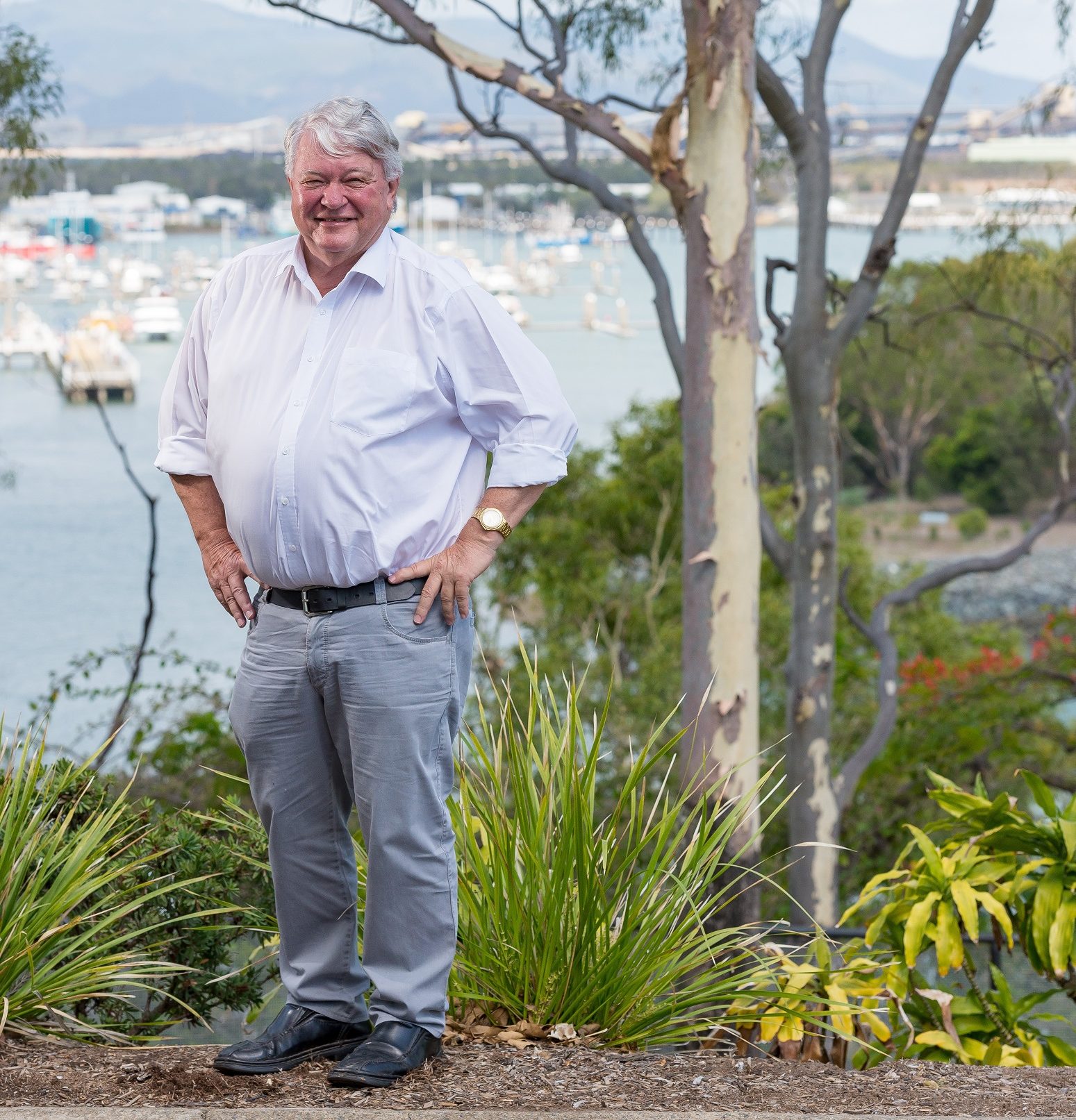 Ken O’Dowd has represented the Flynn electorate in Central Queensland since 2010, this year being re-elected for his third term.

He was raised on a farm at Bracewell, near Mount Larcom, growing mixed crops of beans, peas, peanuts and grain to support his family’s farm income.

Prior to entering politics, Ken had a successful career in business, leasing fuel distributorships across Queensland and owning several local businesses, including hardware stores and hotels.

Ken believes in standing up for rural people and has brought this dedication to his role as the Member for Flynn. During his time serving Flynn, Ken has been a strong advocate for dozens of infrastructure and economic development projects and truly believes Central Queensland has huge potential for further growth.

Water is so important, not only for agriculture but for industry. In order to allow Gladstone to reach its potential, our industry will need water. That’s why Ken has fought so doggedly to make Rookwood Weir a reality. This year, the federal government committed $132 million to see the game-changing project constructed.

Road and rail infrastructure is integral to Ken’s plans for the region, leading to significant improvements for Bruce and Capricorn Highways, and funding for numerous bridge projects across the electorate. The Inland Rail project is an exciting one and Ken has secured a preliminary study to investigate extending the project to utilise Gladstone’s outstanding harbour.

Telecommunications is another area Ken has identified a great need for improvement. Since Coalition forming government in 2013, Ken’s persistent advocacy for better telecommunications infrastructure has resulted in over 17,000 Flynn households receiving NBN connections – up from zero connected before 2013 – and 24 new mobile phone towers across the electorate. Better communications throughout the regions is

While focussing his efforts on serving the broad electorate of Flynn, Ken has made substantial contributions to parliament through his involvement in a number of committees

The father of two children and grandfather of four, Ken understands the challenges our households face, particularly with respects to cost of living strains. Ken has strongly advocated against policies that negatively affect the costs of living, especially Carbon Tax and RET policies which elevated power prices.

Ken is enjoying getting on with the job at hand and wishes all Central Queenslanders a very Merry Christmas and a Happy (and wet) New Year!