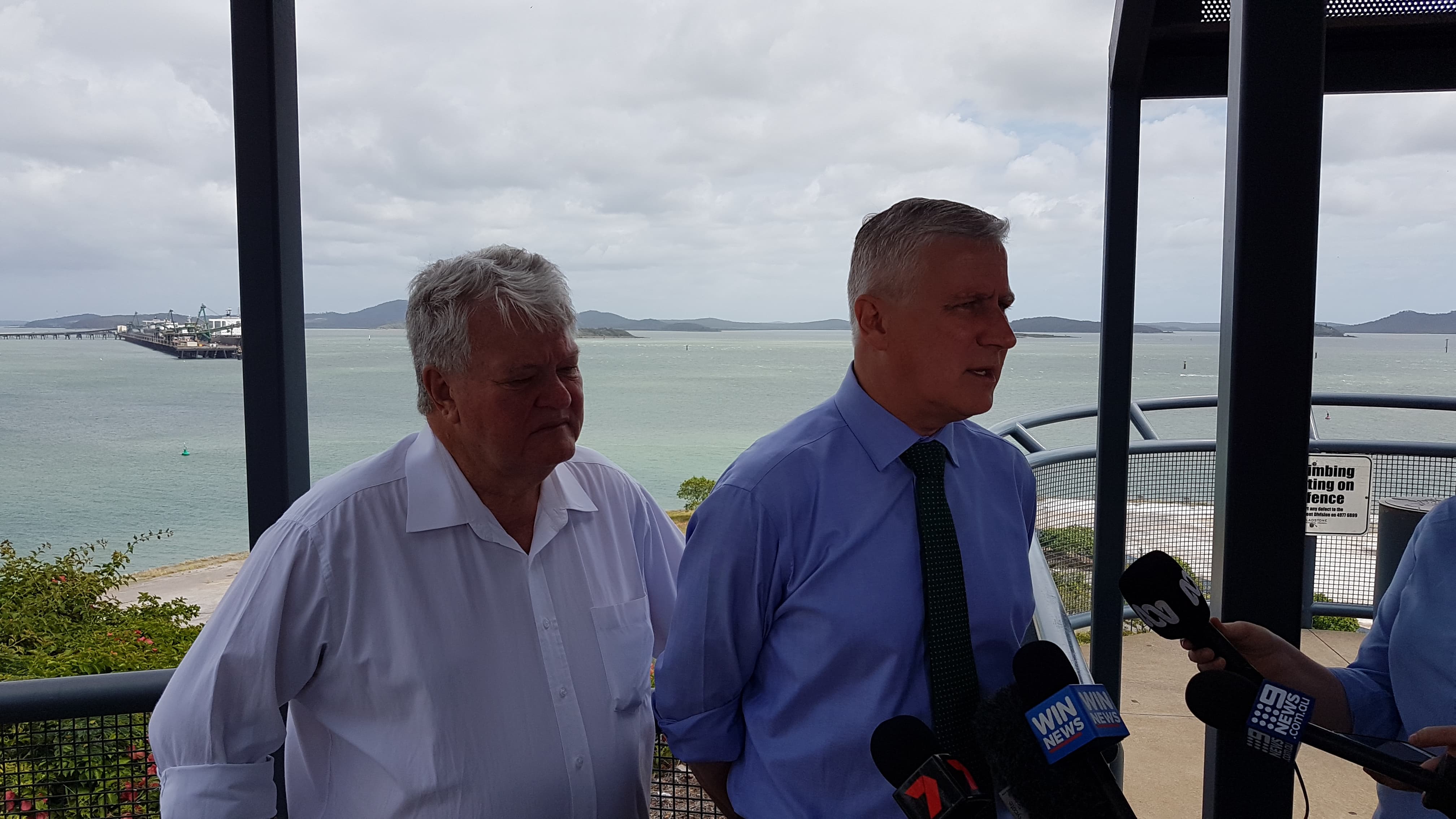 The Federal Liberal and Nationals’ Government has committed $2 million for a feasibility study to investigate options for new infrastructure to increase water supply and security in Queensland’s North and South Burnett regions.

Federal Member for Flynn Ken O’Dowd welcomed Acting Prime Minister and Minister for Infrastructure, Transport and Regional Development Michael McCormack to Gladstone to make the announcement, which will help to drive economic and social growth, in regional Queensland. “The feasibility study is great news for farmers in the region as it will examine a range of options and identify solutions to increase water supply that would underpin an expansion of irrigated agriculture, delivering new jobs and economic growth in the North and South Burnett regions,” Ken said.

Mr McCormack also welcomed the feasibility study announcement, which forms part of a historic expansion of the National Water Infrastructure Development Fund, of more than $500 million. Mr McCormack said the expansion of more than $500 million includes a feasibility component of $30 million, which is being used to support State and Territory Governments with finalising the design and approval of activities which are required to progress critical water infrastructure projects towards construction.

“Water is the life-blood of regional communities and this historic injection of funds will be a game changer for many communities,” Mr McCormack added.

The Liberal National Government will expand free access to glucose monitoring devices for pregnant women, children and more adults with type 1 diabetes, saving residents of Flynn up to $7,000 a year.

“This additional funding over the next four years will ensure that free glucose monitoring devices will be available to over 37,000 eligible people with type 1 diabetes across Australia,” Ken said. “I had the pleasure of meeting with Local Gladstone resident, Jaceen Ross who travelled to Canberra on October 24 of this year. She gave me a real in site of what it is like for the 8% of people who are living in Flynn with type 1 diabetes,” Ken said.

From March 1, 2019 eligibility for fully subsidised continuous glucose monitoring devices will be expanded under the National Diabetes Services Scheme to include:

The Liberal Government also plans to add the new the FreeStyle Libre flash glucose monitoring system to the scheme for these people with type 1 diabetes. This will provide patients with more choice in how they manage their diabetes through this important program.

Minister for Health Greg Hunt said the Government will work with Diabetes Australia and key diabetes experts to implement the expanded scheme and finalise the clinical criteria. “Expanding access to these glucose monitoring devices helps reduce stress and anxiety as well as emergency visits to the hospital,” Minster Hunt said. “These devices will bring peace of mind to Australians with type 1 diabetes and improve their quality of life now and into the future.”