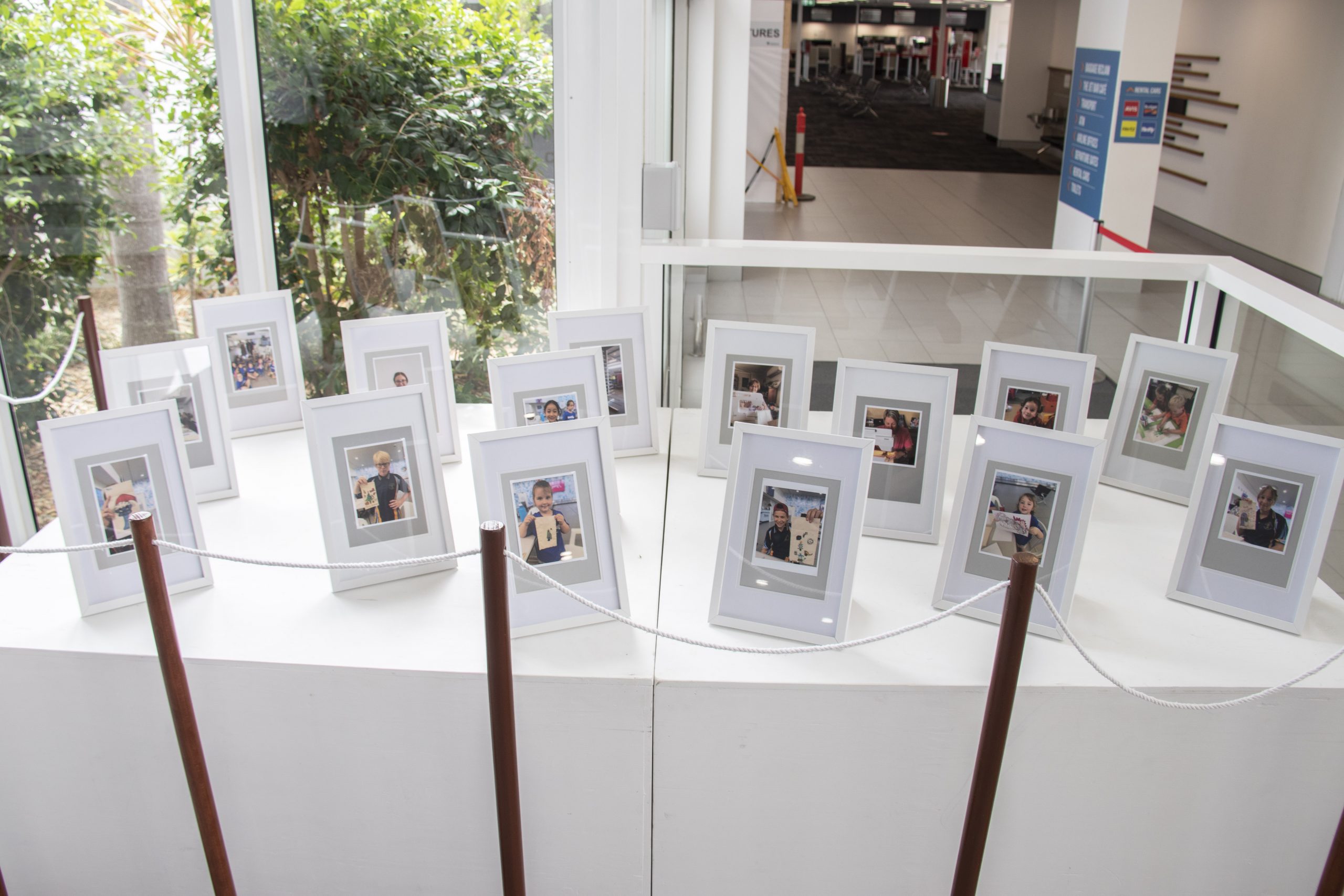 Posted at 06:00h in Local, News by Dacia Stewart 0 Comments 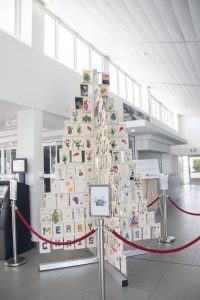 Gladstone Airport is the home to a new community Christmas tree.

The art project was a collaboration with Gladstone Airport Corporation, A Country Arts Practice, Gladstone Men’s Shed, the Queensland Country Women’s Association Tannum Sands and was unveiled on the 1st of December

“As Artport we decided earlier this year that wanted to build a community Christmas tree. We came up with the idea that it should represent what Gladstone is.

“The frame of the tree which was constructed by The Gladstone Men’s Shed out of Aluminium represents the refinery. The artworks were sown by the Country Women’s Association from the Tannum Sands Branch and the artwork was painted by various kids from around the region.

“We also had some really good sponsors like Smith Detection, Bishops and Alliance Airlines who donated two return tickets to Brisbane which were awarded to the winner. It’s been quite a hit, so we are thinking about doing two next year!”

The community Christmas tree is not the only new addition to the airport, with a new coffee shop Volare opening at the same time, along with a new full body scanner.