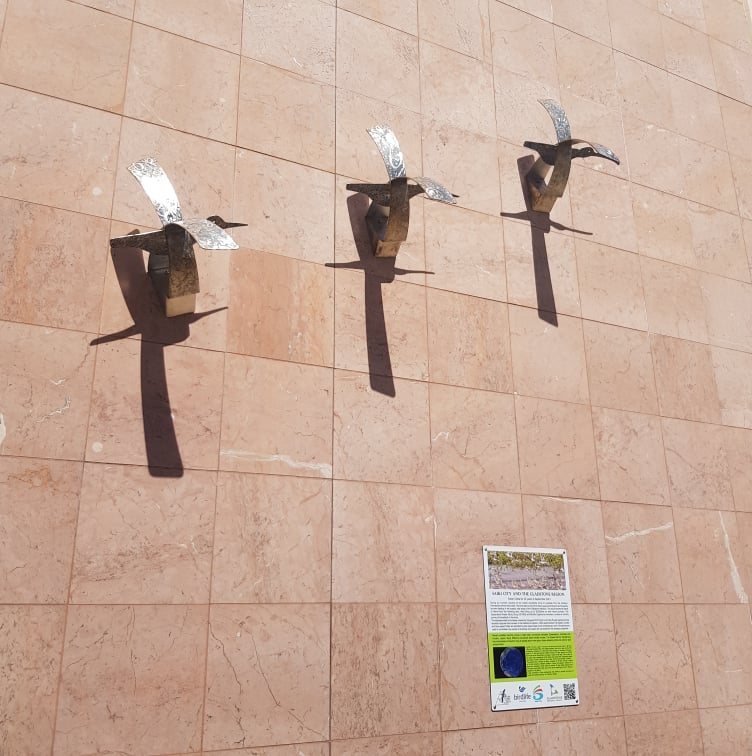 The 17th of March saw the Gladstone Region and Japan’s Saiki City celebrate their 25th anniversary of the signing of the declaration of friendship.

The Gladstone Region community was invited to celebrate with two events centred around shorebirds, used to symbolise the connection between the two cities. The Gladstone Regional Art Gallery & Museum held a workshop called The Art and Science of Shorebirds, which was hosted by artist Margaret Worthington and bird expert Allan Briggs.

“Allan will share his insight and knowledge into the amazing migration of shorebirds, while Margaret will oversee an art workshop where attendees will have an opportunity to practise drawing birds and then create a watercolour painting,” said Gladstone Region Councillor and Saiki Sister City Advisory Committee member Desley O’Grady.

Followed by the workshop was the unveiling of three stainless steel bird-shaped statues outside of the Gladstone Regional Council Civic Centre, created by Margaret Worthington and Clive Rouse.

“These birds can travel over 11,000km during migration and are known to travel via Japan on their trip south..”

The species can be identified by their distinct beak shape in Margaret and Clive’s contemporary artwork, which can now be seen on the outside of the Council building.

“The Gladstone Region has benefited in so many ways from its relationship with Saiki City over the past 25 years, and we look forward to continuing our commitment to the Sister City relationship. 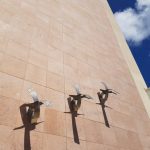 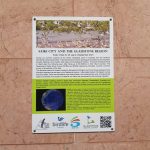