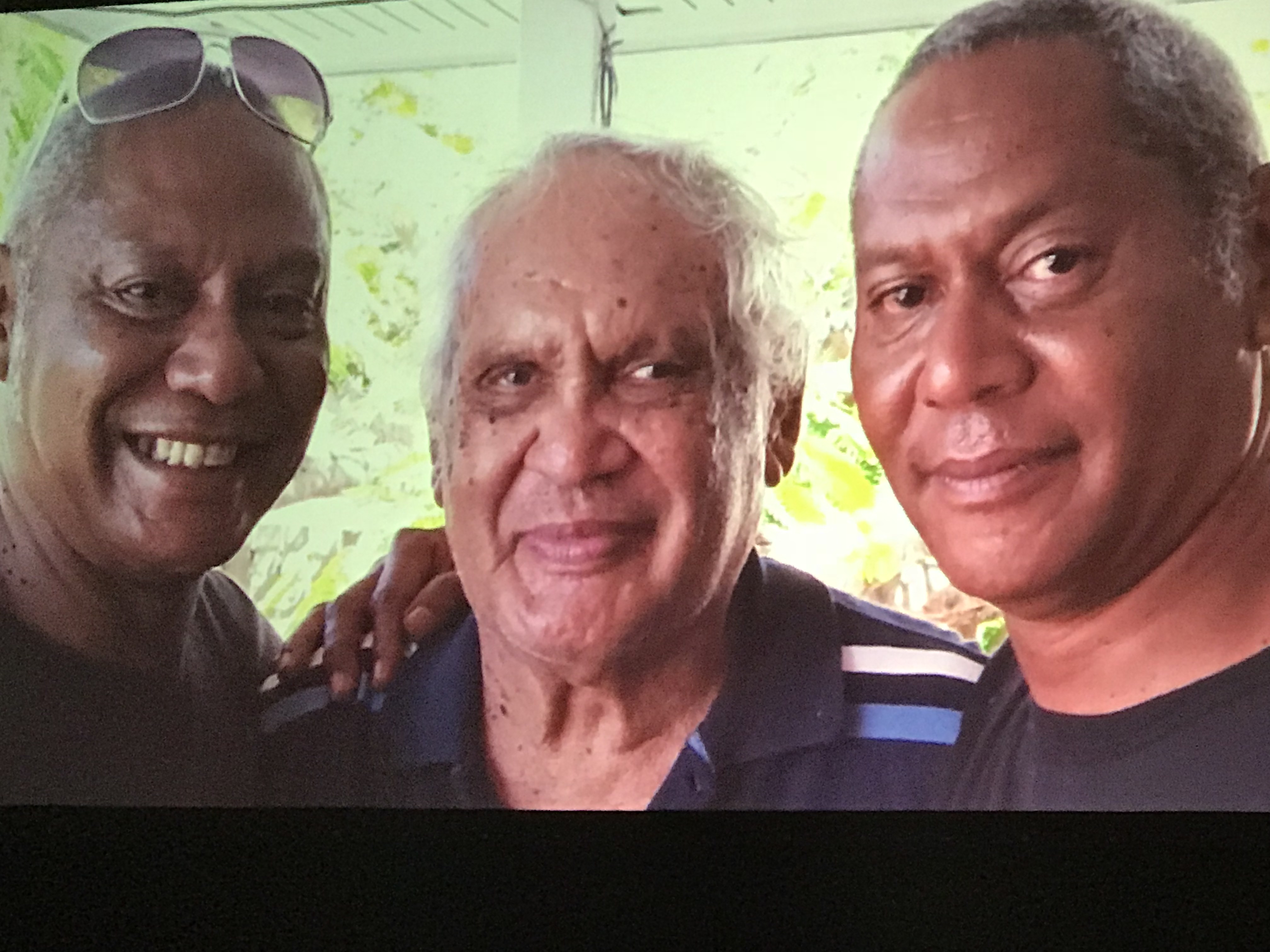 Led by Pastor Jarrod Beezley, Gary’s brother Gordon and his sister Marj, his daughter and son-in-law Peta and Bradley, his first wife Janice Guivarra, old friend and fellow boxer Sgt. John Kendall from the PCYC, sons Alberto (Tat), Gary and Robin and granddaughter Tori all paid their respects in heartfelt accounts about the humbleness, humor and kindness that characterised Gary.

I used to think my Grandad was so deadly, like way better than yours. I used to take him, and everything about his boxing career to show and tell. Signed boxing gloves, old magazines, you name it, I took it. I was so proud. I remember thinking that my Grandad was the fastest man on earth.

True God I couldn’t keep up with him on our daily afternoon walks, no matter how much I tried. Mind you,  I thought I was as fast as Kathy Freeman so he was proper fast. I think I get my competitiveness from him, so it was a little hard for me to give in and get up on his shoulders, but once I was up there I was thinking “Gee this man is so deadly. He’s so tall and strong, he can lift me this high and still walk like he’s running.”

My grandad was no regular hero, he was some kind of superhero. Fast, tall, strong, funny, kind, Black Santa on Christmas, there’s no end to what this amazing man was capable of. Now we all know that my grandad was no lone soldier. Who is Gary without Joy, right?

These two soulmates were known as the definition of love. A boxing champion outside our home but at home a champion husband, father, grandfather, and dancer. If anything my Nana was the boxing champion at home. Joking, but I would never have tested her.

Fletcher Street was our home but it was home to many others too as welcomed by the Cowburns. Fletcher Street was always full of love, laughter, happiness, dancing, country music, curry, blackfellas, random kids and Aunty Peta’s stuff. Sixteen Fletcher opened up by 5am and the door didn’t close til late. Gary and Joy would sit out on the verandah all day no matter if you walked past one time or a hundred times they would still be out there to say “G’day”

I remember when my Grandad got dementia I thought he was just going womba. Walking home from the Nightowl forgetting half the things he was sent to get but he’d always come home with a cabbage. When it started getting worse, Grandad started whistling 24/7. The two lovebirds would be perched up on their verandah and Grandad would be sitting there whistling. Random people would walk past and that whistle would get louder. Nana would turn to him and say: “Who are you whistling at Gary? You’ve got everything you want sitting right here” meaning herself. And wouldn’t we all laugh.

Grandad was our gardener. He would water the dead plants, hose the driveway and mow the grass. One day Grandad was mowing the front lawn and Nana was inside cleaning, surprisingly for once not paying attention to her forgetful man. The phone rings and Nana answers and it’s someone from up the road, and says “Joy! Gary’s up here mowing everyone’s lawns!” He was up the street, nearly round the bend, still mowing. He must have been thinking: “Geez, how long is our yard?” Well didn’t Nana strut up there and collect him, laughing and crying at the same time, feeling sorry for him but she couldn’t help but laugh.

Growing up in Fletcher Street we would waltz in the lounge-room, always to the accompaniment of country music like Alan Jackson or Charley Pride. Nana would have a

roast on and the music would be playing loud. Eventually, Grandad would be pulling out his spoons and playing his deadly instruments along. As time went on and I got older my Grandad and I had a close connection. No matter how forgetful he was he would always ask me to dance. That would be until his little black porcelain doll got jealous and come steal him off me or me off him. I was so privileged to be brought up in that crazy, comic house of love. The love and respect I have for black Romeo and Juliet is out of this world.

Apologies to my parents but these two were my first loves, my best friends and my grandparents all rolled into one.

Gary Christopher Cowburn, my grandad, you were a fighter and I want to tell all the cousins and the grand-cousins that our grandfather was a great man. And a humble one at that. Something to learn from my Grandad is to always act with love and kindness, be grateful, be humble and treat others as you would like to be treated. Look around at how many people he affected in his lifetime. This won’t stop at me, I will carry this on to my children and theirs.  I love you my grandad. Give Nana a kiss for me.