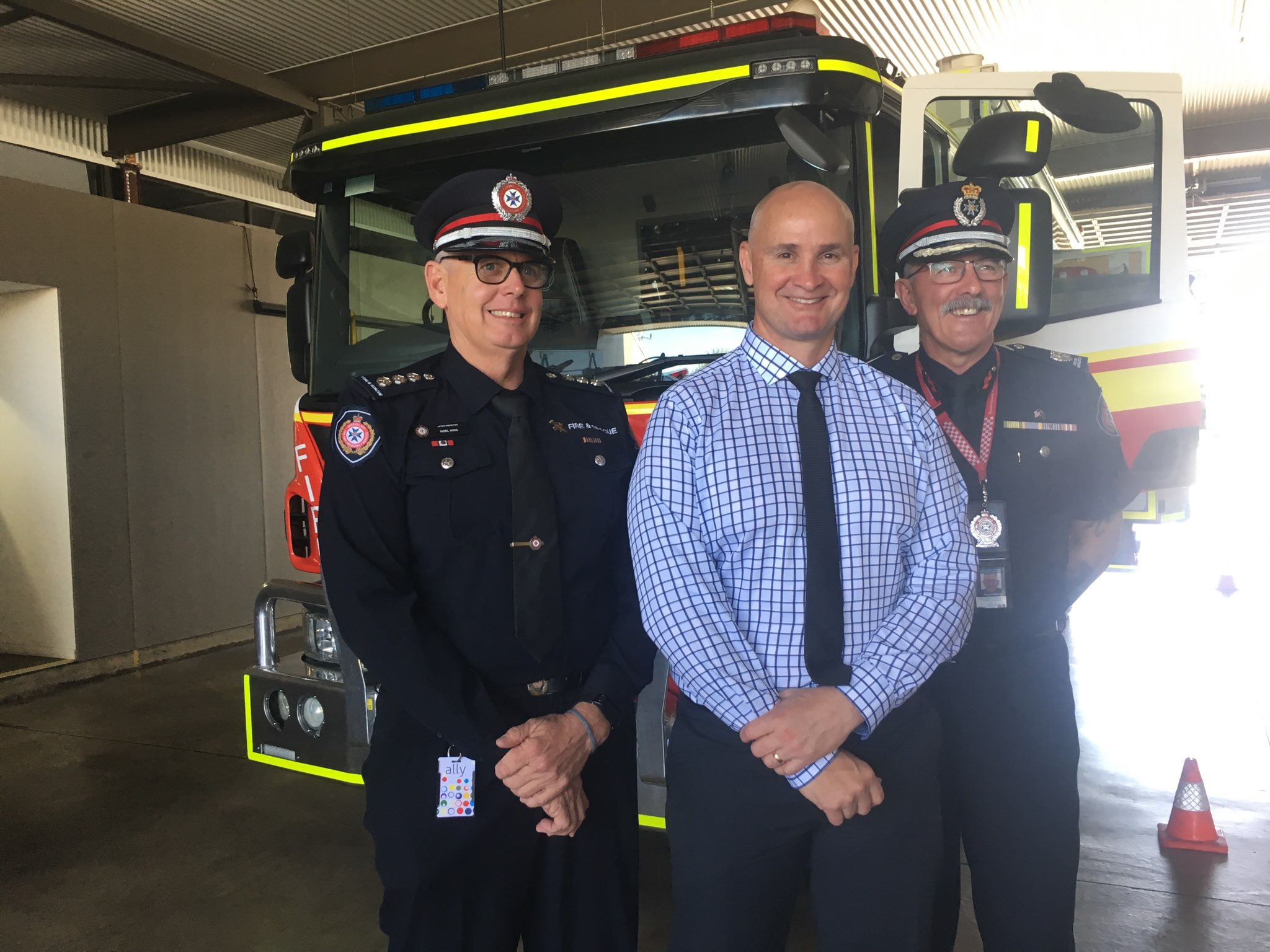 The appliance also has a command and control function incorporated within the vehicle to provide better support to crews at local incidents and events within the local community. Since July this year the Gladstone Fire and Rescue Station has already responded to 216 incidents since July this year, including road crash rescues, grass and wildfires and structural fires.

“This will be an excellent addition to the busy Gladstone Fire and Rescue Station which provides services to the Gladstone local government area and surrounding communities,” Mr Butcher said.

At the handover, Mr Butcher also acknowledged the exceptional work of three Queensland Fire and Emergency Service (QFES) members, two of whom had dedicated a significant part of their lives to protecting the wellbeing and safety of Queensland communities.

QFES Firefighter Lance Stanley Coster, from the Gladstone Station, has been honoured with the National Medal to recognise his long and diligent service to the community.

Mr Butcher also recognised the contributions of Mr Don Baldwin and Mr Wayne Larwin both of whom will enter into retirement this year.

Mr Larkin has served 40 years with QFES and retired from the position of Inspector last month while Mr Baldwin has served as the Captain at Theodore Fire Station and various QFES roles for 51 years – he will be retiring at the end of October.

“There is no doubt these experienced firefighters would have been faced with tough situations and have had to make difficult decisions over the years, but like all members of QFES, you have embraced the tough jobs and put the best interests of your communities ahead of your own – thank you for all that you have done,” Mr Butcher said.