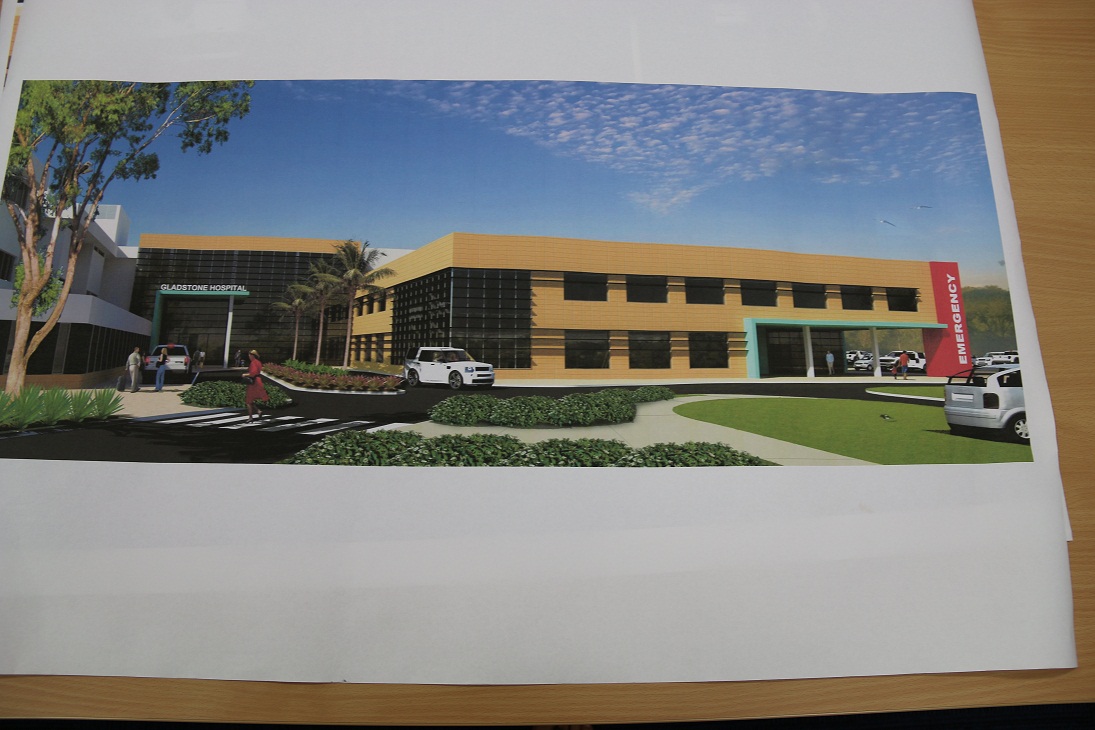 Posted at 06:30h in Community, Local, News by sales@gladstonenews.com.au 0 Comments

Member for Gladstone Glenn Butcher has called on the Queensland Health Minister to fast track the Gladstone Hospital upgrade. Mr Butcher has revealed new construction plans and say’s work needs to start as soon as possible.

“The Gladstone accident and emergency centre currently does not meet the standard of good hospitals at the moment. However, the team at the hospital are doing a fantastic job with what they’ve got.”

ade the hospital were allocated by the State Government more than 12 months ago with no action until last week. Gladstone residents have been voicing doubts over the last year in regards to the proposed upgrade, however last week saw official construction plans unveiled.

Mr Butcher said “I’m pleased to say that we now have some actual drawings of what the hospital will look like.”

The front entrance of the original hospital will have a facelift and will become the new ED entrance and building will be constructed where the front car park now stands. Additional car parks will be developed on the Park Street side of the hospital, now just spare land. A new link passageway will also be constructed to connect the Public and Private hospitals.

While it is still early stages in the development, we can expect further news in the coming months. Stage 2 of the plans will also then reveal what will become of the current ED building.