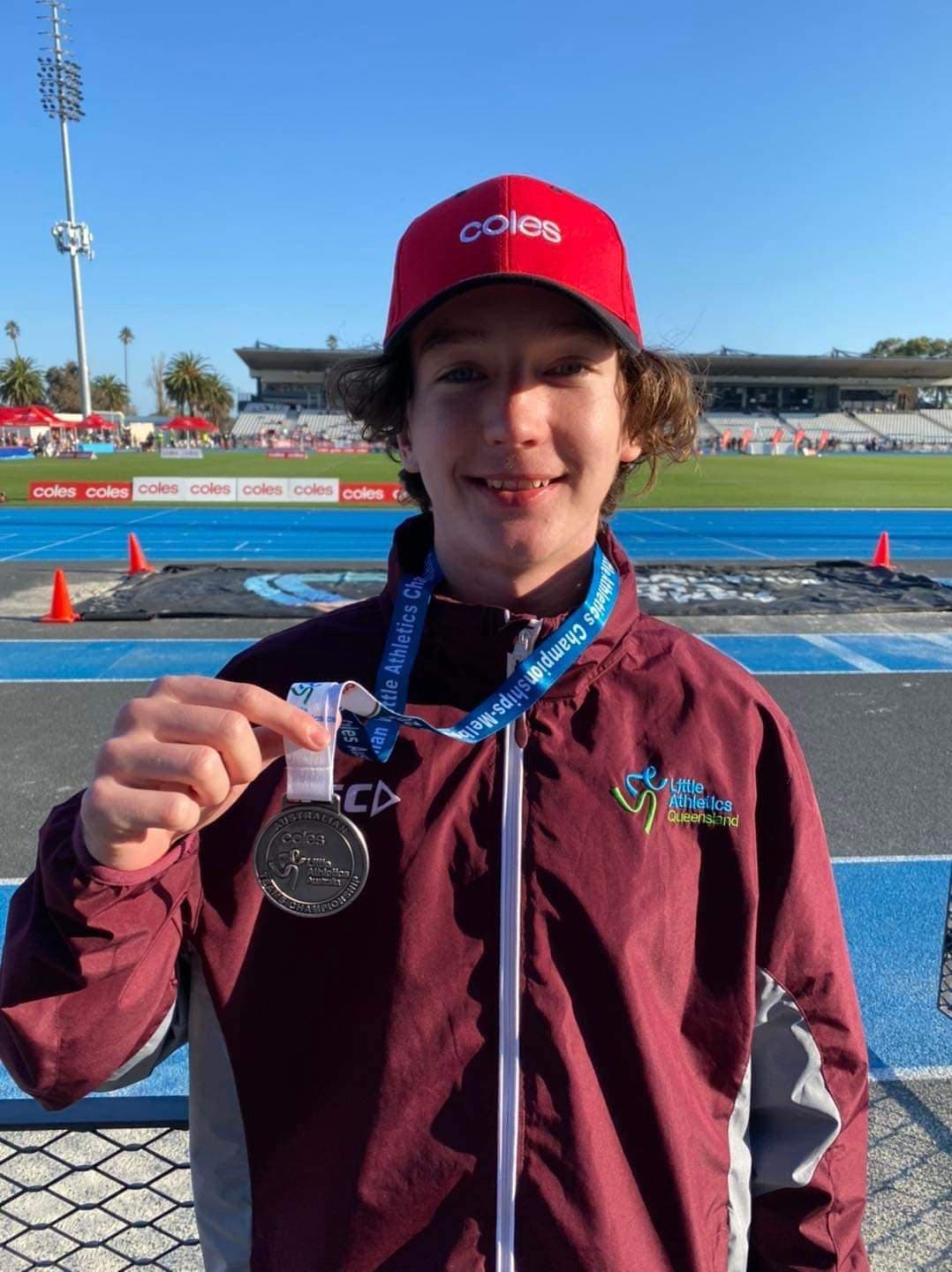 The Little Athletics Australia Championships were held in Albert park over the 23rd and 24th of April. On his first day at the Championships, Archie came second in Long Jump, creating a new personal best of 5.74 meters. He also came fourth in the 200 meter preliminaries, finishing ninth overall with a time of 25.31 seconds.

Archie also broke three of the Gladstone Athletics Club’s records, including the 200 meters with a time of 25.31 seconds, beating the previous record of 25.33 seconds from four years ago. He also broke both of his own records in Long Jump and Triple Jump, going from 5.55 meters to 5.74 meters, and 11.51 to 11.63, respectively.