Gladstone rasied $83,500 for local charities in one night. 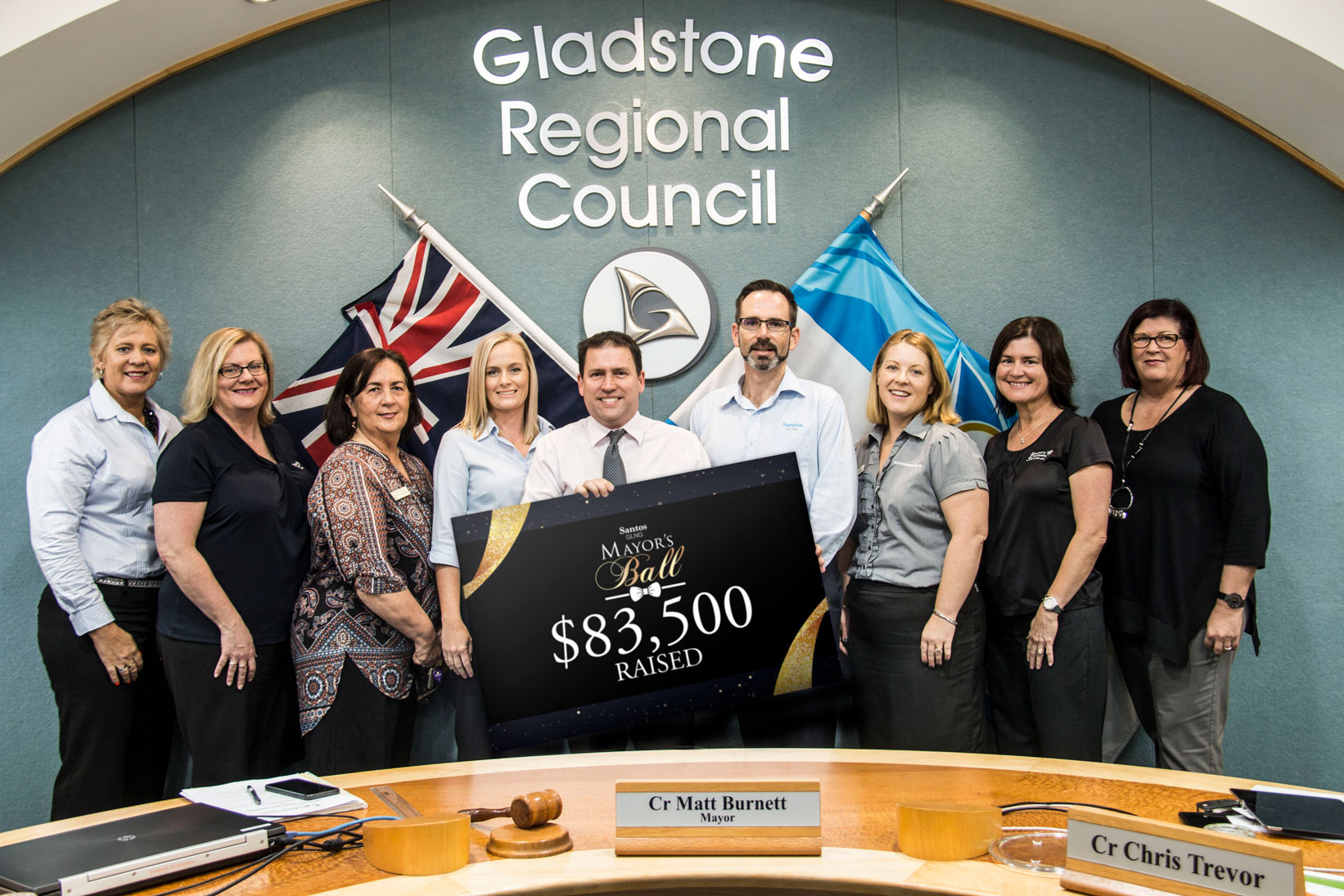 It was a proud moment for Mayor Matt Burnett this morning, in council chambers, when he announced the amount of funds raised from the Santos GLNG Mayor’s Ball, that was held at GECC on Saturday night, was a massive $83,500.

Mayor Matt Burnett thanked the naming sponsor Santos GLNG for whom without the event wouldn’t have been able to go ahead. Some special mentions went to big supporters Orica and Berg Engineering and e also thanked the many other local businesses that supported this event and helped raise funds. (full list of sponsors below)

Big kudos to all involved in raising that amount of money in one night. The charity recipients of the funds are extremely deserving. Roseberry Community Services, Zonta club of Gladstone and Variety Queensland will be able to do big things to help those that need support as a direct result of this event.

‘It’s a true reflection of our kind and giving community in the Gladstone Region, the people that live in our small regional community can do huge things when we come together.’ said Karina from Elevate Media.

It was a wildly successful night for Mayor Matt Burnett’s first official Mayor’s Ball with a sell-out crowd of 370 people attending the ball. The venue was beautifully presented by the hardworking team at GECC, hosts from HIT FM, Carly Portch and Danny Lakey added the fun vibe, Lightbox food was excellent and The Koi Boys had the dance floor pumping.

Thank you to all who attended, supported and contributed to the event.