The tour, an important initiative for Queensland Red players to connect with regional communities and give back, included visits to Trinity College and Calliope State School, as well as training with GRUFC Goats players.

Scrumhalf Spencer Jeans said the highlight of the trip for him was “running around and stripping it back to having fun in rugby with the kids”.

“It was also great to be able to meet the local GRUFC players and just spend time with people who enjoy rugby,” he said.

“Though not a big group, you can easily see their passion and love for the sport, which is massive for us [Queensland Reds] players.”

GRUC President Aubre Harmes said the visit was great exposure for the game of rugby union.

“One of our focuses next year as a club is raising the profile of rugby in our community,” he said.

“So it’s great to have the opportunity to host these elite sportsmen and connect them with local kids.

“Juniors are our future, and through our pathways program we are trying to build our own footprint in this town so we can have full teams playing in competition.”

From November 24 to 26, the Reds’ pre-season squad was split into 14 groups and visited 33 regional centres.

Reds Head Coach Brad Thorn said it was great to see the Reds to Regions tour back for a third time.

“This time we’ve decided to split the players up and visit different communities, but the reason why we’re doing it remains the same, it’s about giving back to the people of Queensland,” he said.

“If you’re going to play your state, it’s important to know who you’re playing for every time you wear that maroon jersey.”

GRUFC Goats was established in 1988 following the collapse of the local rugby union competition.

The club focuses on seniors men and women, juniors including under 12s, 14s and 16s, and has a pathways program which focuses on under 6s, 8s and 10s.

The 2022 rugby union season will kick-off in February, with a Sign On and Rookies to Reds Day to be advertised in the new year. 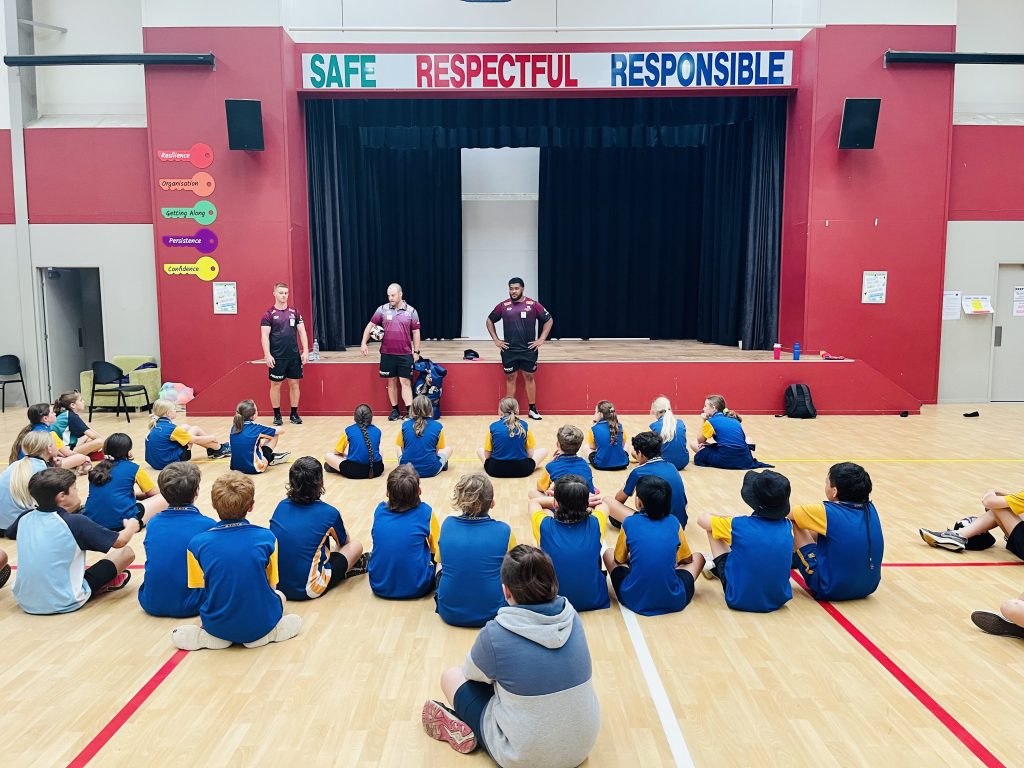