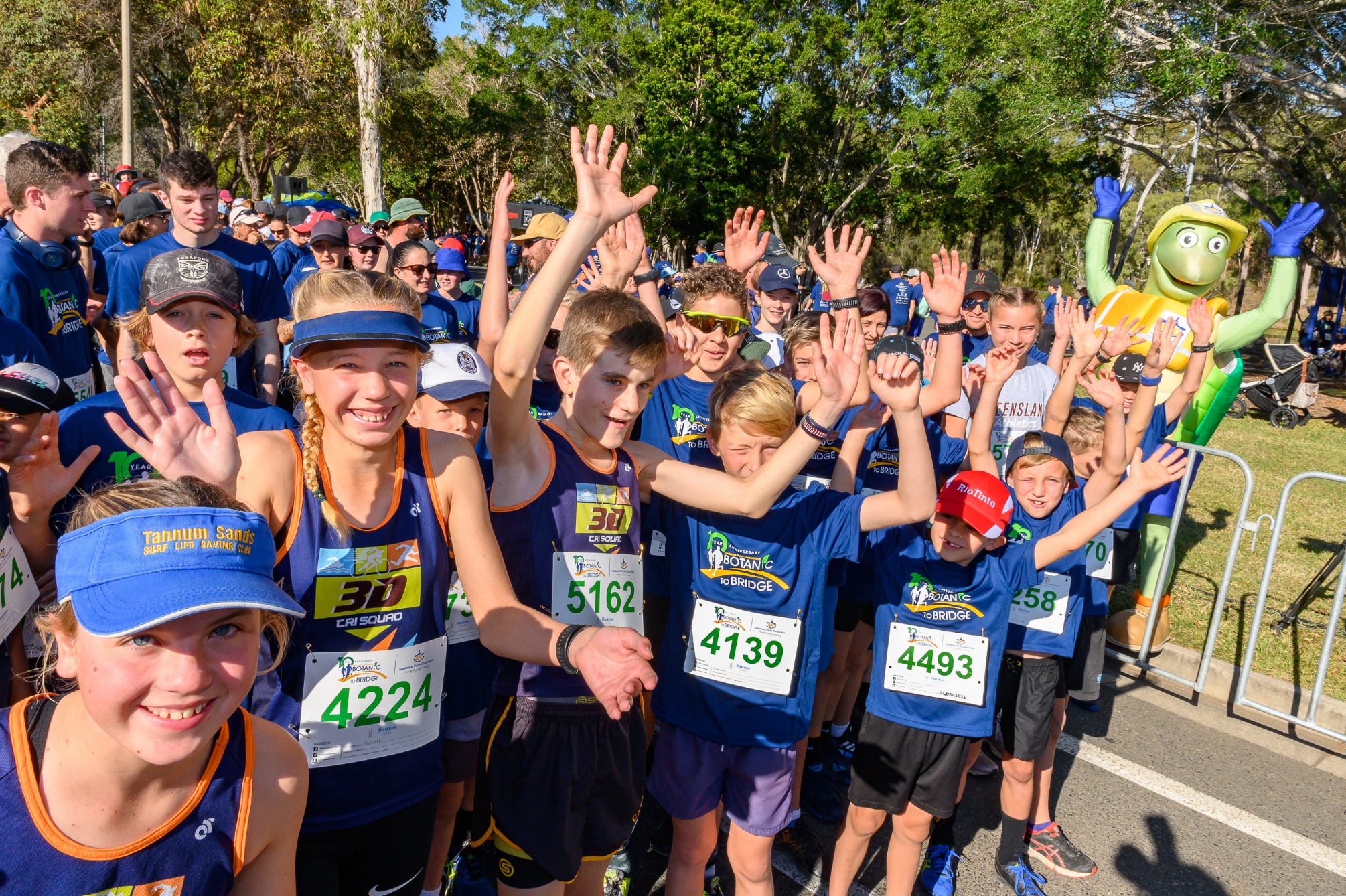 The running shoes are off and feet put up to rest as the Gladstone Ports Corporation (GPC) celebrates another stellar Botanic to Bridge (B2B) event.
With close to 4,000 pairs of feet at the start lines for this year’s 10th-anniversary event, the B2B team reported an increase of over 300 participants on last year’s event.
GPC’s Acting CEO Craig Walker said that the event far exceeded expectations, with record registration numbers through the entire campaign.
“We were tracking significantly ahead in registrations compared to last year’s numbers throughout the whole 13-week registration campaign,” Mr Walker said.
“It’s just been amazing to see the community’s support behind the event. We don’t have the final figures yet but we know that the event has now injected over $415,000 back into
the community over the 10 years we’ve been running it. We are thrilled to be able to give Give Me 5 For Kids $20,000 which will deliver life-saving equipment to the Gladstone Children’s Ward.”
The B2B team would like to thank the following major event sponsors: Santos GLNG, Smit Lamnalco, Gladstone Regional Council, Gladstone Entertainment Convention Centre (GECC), Wiggins Island Coal
Export Terminal (WICET), Australia Pacific LNG, Workforce Road Services, Orica, Calliope Bendigo Bank, Departure Point, HIT Network, Seven News, The Observer and Gladstone News.
GPC would like to thank the community for taking part in the 10th-anniversary event and looks forward to sharing the bib in the barrel winners later this week.