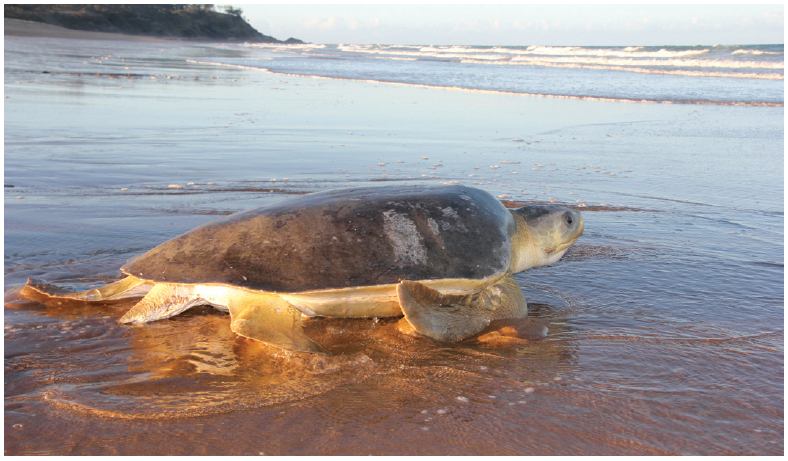 Gladstone Ports Corporation (GPC) is funding the Queensland Department of Environment and Heritage Protection (EHP) to undertake the first full turtle nesting census on Curtis Island off Gladstone, which commenced on 1 November 2016 and will run through to March 2017.

The monitoring program forms part of GPC’s Ecosystem Research and Monitoring Program (ERMP), which has been designed to provide high level information on the health of the Port Curtis and Port Alma ecosystems and key marine animals.

The information collated through the ERMP is used to monitor, manage and improve the marine environment and to offset any potential impacts on listed threatened and migratory species and the values of the Great Barrier Reef World Heritage Area.

“GPC has funded the monitoring since 1994.

The team undertaking the monitoring for the 2016-17 season will be led by John Sergeev from EHP and the team of volunteers who will be based on Curtis Island for the entire census period.

Monitoring of nesting turtles on Curtis Island is only one component of GPC’s ERMP nesting studies, with Peak and Avoid Islands having also been monitored under the program since the 2013-14 nesting season.

Dr Ellis said this season marks the first time that a full season nesting census will be undertaken on Avoid and Curtis Islands.

“It is a unique opportunity, as to date, Heron Island and the Woongarra Coast, including Mon Repos, are the only nesting beaches along the Queensland coast for which detailed monitoring of turtle nesting and hatching activities has been undertaken continuously throughout an entire nesting season,” Dr Ellis said.