Gwen Coyle – Dancing into the next 100 Years – By Betty Laver 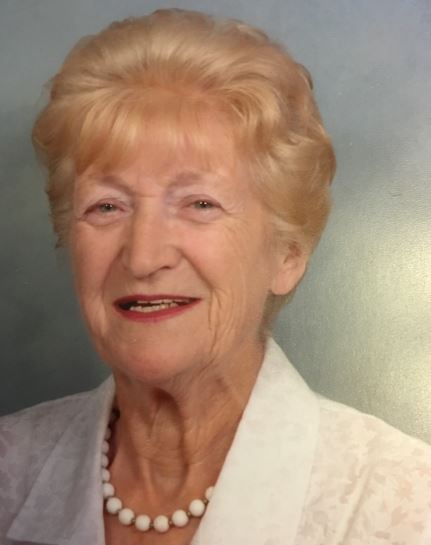 Centenarians, Gwen Coyle and Pat Kelly celebrated with friends and family at the Gladstone Botanical Gardens on Thursday 8th March 2018 as a plaque with their names is added to the Gladstone Centenarians monument. Pick up a copy of Gladstone News next week to read Pat Kelly’s life story.

Dancing has played a big part in Gwen Coyle’s life! She began when she started folk dancing with the Brownies at just four years of age. She went into ballroom dancing when her father taught her to waltz at eleven years of age and by sixteen she was completely absorbed in her passion. She became dedicated to her artistry and also learned Latin American dancing and then loved to tango.

Gwen arrived in Gladstone from England on the last day of December 1972. She and her husband Ted Coyle emigrated as ten-pound Poms. They came to stay with her daughter who had previously come to Australia and lived in Allunga Drive in Glen Eden, Gladstone. Three weeks later Gwen had found herself a job.

A local solicitor was wanting someone to fill in, as all his permanent staff were down with the flu. After this brief encounter, the solicitor offered Gwen a permanent job and she stayed with him for another year.

Next she joined “Dravo”, who were putting in Stacker Reclaimers at the Gladstone Power Station. Two weeks before the Power Station officially opened, Gwen joined the staff as Secretary to the Manager.  She spent nine years and ten months in this work but was compelled to leave through illness. By this time she was of pension age allowing her to give up her occupation permanently.

Although not having her employment to engage her time, Gwen certainly didn’t give up on life! She soon joined the A to Z Disability Workshop where she worked with mentally and physically handicapped persons. She devoted her time to this worthy cause for about thirteen years. At this same time, she taught the Debutants how to dance and conduct themselves for the annual Deb Balls, which was the trend in this era. She dedicated her time to this from 1993 to 2005.

However, when the High School Prom eventuated, the Deb Balls began disappearing. During the last ten years or so, Gwen has been in “Evenglow” and was Secretary of this commendable aid organization for eight of these years.

Of dancing, Gwen claims it is the best exercise in the world as well as being so very social. She felt that it was great to be out there meeting people and the sheer enjoyment of the dance has kept her going. Gwen had her own dance studio at her home where she taught all sorts of dancing including the foxtrot, jive, cha-cha and many more. She also traveled around participating in town and district dance events.

Once joining “Evenglow”, Gwen’s week was full. While still teaching at home, she also taught ballroom dancing at the Senior Citizen’s Hall on Sunday and Tuesday nights and conducted Scrabble on Monday nights. Thursdays were her day off and she always tried to spend this day at home with her miniature foxie, her special friend for many years. Over the years she kept her independence that came with having her license and living in her own home. Gwen’s fountain of youth has sprung from a healthy diet although she did like the occasional glass of wine. She has nine grandchildren and 26 great-grandchildren.

The Gladstone Centenarians Monument is a combined, Gladstone Regional Council and Gladstone National Seniors (GNS) project, The Council provided a morning tea at the Garden Café and the Garden’s Curator arranges a tree planting. The GNS supply the plaque and a birthday cake and, family, friends, councillors and many interested GNS members attended the ceremony. 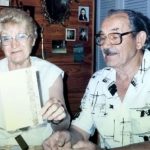 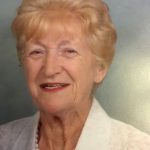 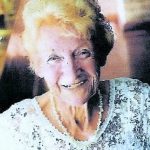