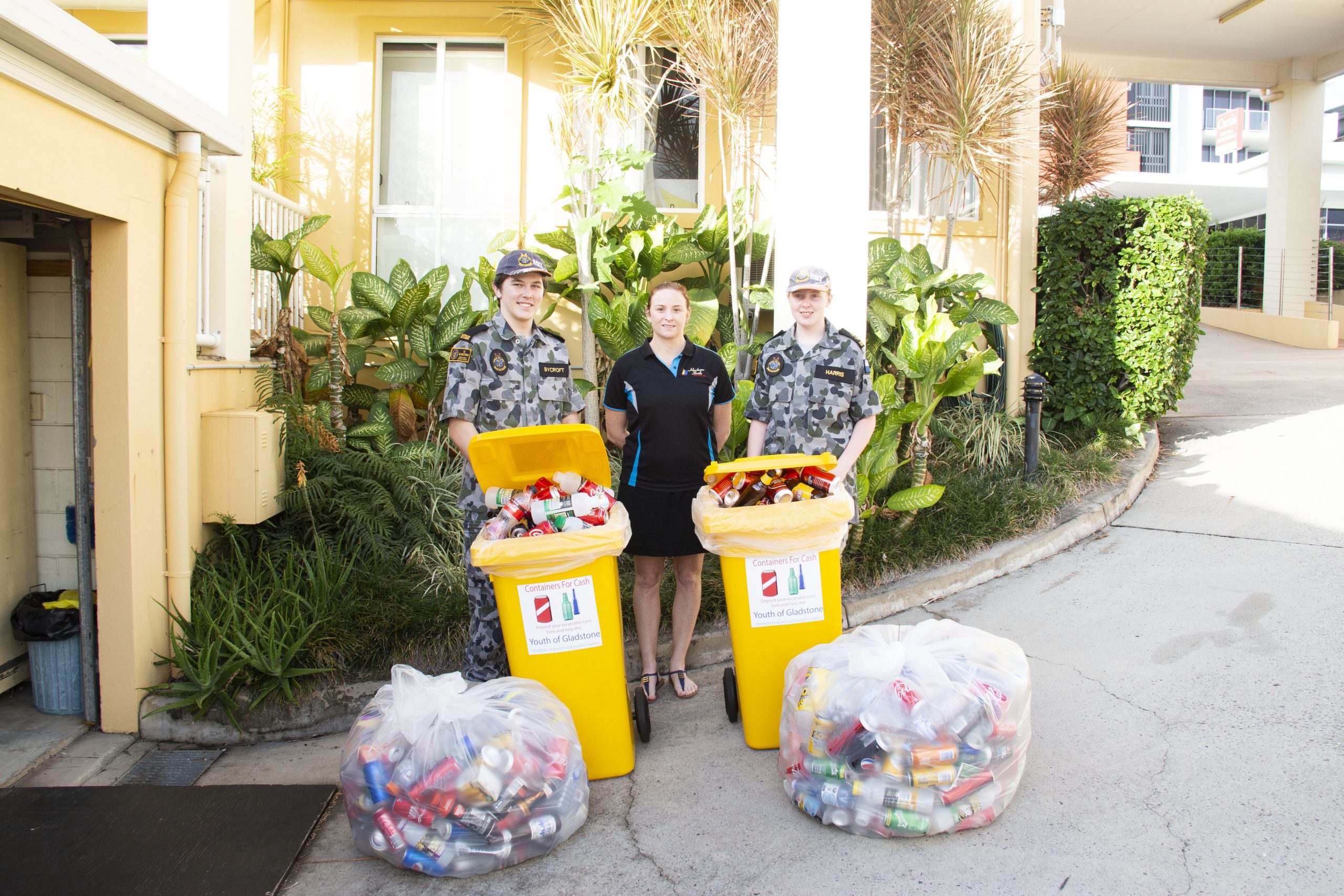 Local business manager of the Harbour Sails Motor Inn, David Morgan, has thought of a nifty way he can “invest in the youth of today to service a better tomorrow.”

Since mid-February David has had an ever-growing pile of discarded bottles and cans from the guests passing through his establishment. That’s when he had the fantastic idea to donate all the bottles and cans to a local youth organisation to be exchanged with the Containers For Change program.

“The way we see it we’ve got two choices, we can throw them in the bin and they go out to landfill or we can save them up and do something with them. So we made the decision that we need to invest in assets of Australia and the assets are the human resources and the youth. So we’re donating these cans to any youth programs in Gladstone,” David said.

David began calling organisations around the region and got in contact with Naomi Harris, a member of the Gladstone Naval Cadets unit parent committee. Australian Navy Cadets, Training Ship Gladstone is one of Australia’s Premium Youth Development organisations.

“I think it’s a great organisation for the kids, it really builds their confidence, skills and teaches them discipline. These donations are a big thing, they are a great way to fundraise for camps, uniforms and helps provide an experience in the Naval Cadets for everybody, no matter the social standing,” Naomi said.

Pictured Naval Cadet Ben Bycroft, who is aspiring to pursue a career in the Royal Australian Navy, and Madisyn Harris are really excited about the donations.

“It’s definitely going to help a lot with the ongoing costs, that’s for sure. Which means better stuff for us, better equipment that we can use in the long run!”

The first two donations raised over $130 in just a few weeks for the Gladstone Naval Cadets and David doesn’t plan on stopping his donations anytime soon.