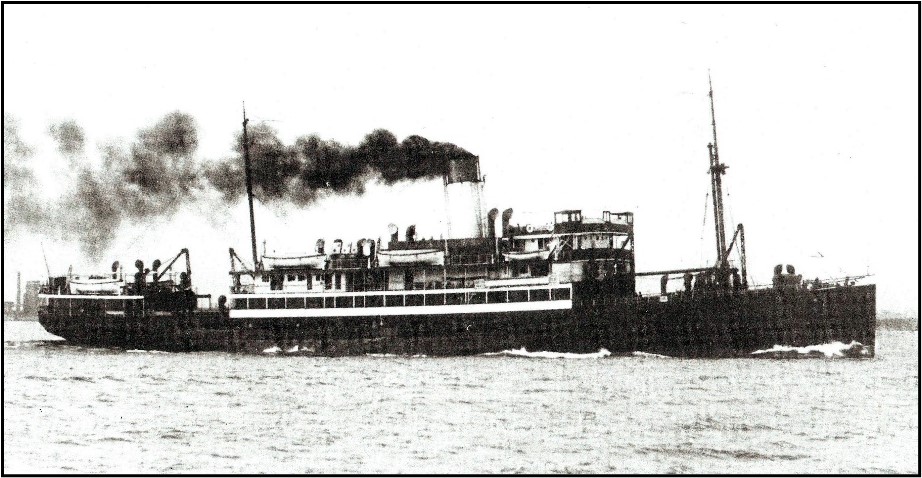 The Cooma SS struck North Reef on the Great Barrier Reef in 1926. North Reef is a migratory patch of sand, 120 kilometres northeast of Gladstone in the Capricorn and Bunker Group.

The “Cooma” was built in Glasgow in 1907 and was delivered to Australia to be used on the coastal passenger and goods service along the eastern coast. Howard Smith Ltd purchased the vessel in 1914 and the ship continued to achieve fifteen years, including war time, of accident-free operations. In 1922 she ran aground on Breaksea Spit on the top end of Frazer Island but avoided serious damage. In 1925 the “Cooma” was heading down the Yarra River when pilot error caused it to collide with the “Oonah”. The vessel was again repaired and returned to the eastern coast service.

Less than a year later, on 7th July 1926, the “Cooma” met her fate off the Queensland coast. The 3900.6 tonnes ship struck North Reef with 284 passengers on board and a full cargo bound for Townsville. The vessel was steaming at full speed when she struck and was wedged hard on the rocks. The next day, passengers and crew were transferred to “SS Burwali” by motorboats from “HMAS Moresby” and taken to Port Alma. A salvage crew assisted by the Brisbane tug “Coringa” tried for six weeks to free the ship but to no avail. Several other attempts to re-float the “Cooma” ship failed and in February 1927, due to the combustion of its fodder crop, a fire broke out on board and the ship was completely gutted. It was then abandoned as a total loss and was later sold for a couple of hundred pounds.