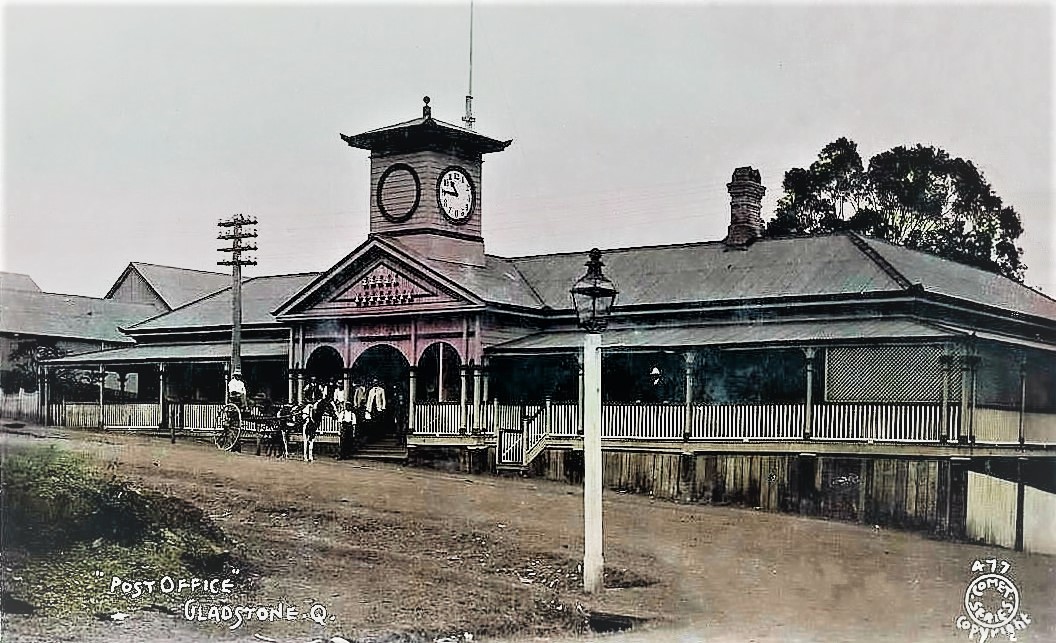 Improvements came to the post office in 1907 when a bicycle telegraph boy was employed to deliver telegrams.

It was apparently thought that these boys would be faster on the hills of Gladstone than the police constables.

Telegrams could be sent to Many Peaks by morse code from 1911.

By 1916, in addition to the postmaster, there were three assistants, one telegraphist, one linesman and four messengers.

The clock face was lit-up until midnight each night and the footpath in the front of the building was cemented, giving the people something to be proud of.

Over the years it was extended and modified to meet modern needs.

An engineering equipment shed was erected in 1946.

The telegraph trunk line service opened on the 20th of September 1910, giving Gladstone its first voice communication with the outside world.

The exchange was built in 1911 although there were only a couple of private telephone lines in the town.

There was a line to Dr Robertson’s private hospital, which commenced in 1899, and to the government jetty in 1907.

In 1949 a two-story brick telephone exchange was built adjacent to the post office.

This building was extended in 1966 and it then housed the automatic telephone exchange and the manual trunk exchange.

The new exchange was opened on the 2nd of April 1967 by Mayor Stobo, who made the first STD call.

Telephone communication has improved tremendously since this era.