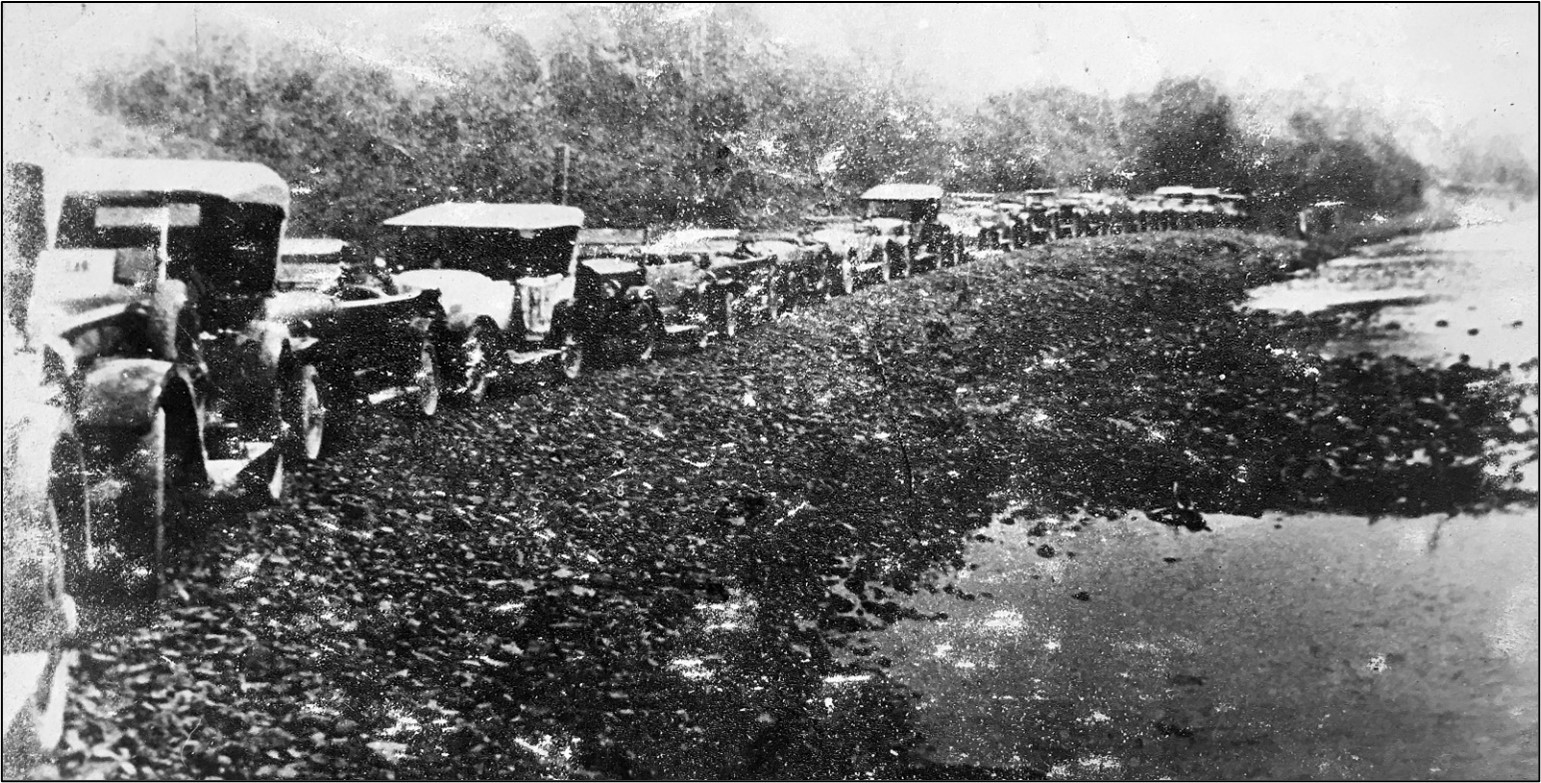 Posted at 06:00h in Community, Here in History, Local by Dacia Stewart 0 Comments

This photo was taken in 1924 when the first Queensland Reliability Trial were crossing the Boyne River at Benaraby.

This ford caused all sorts of trouble for the motorists who participated.

When motor cars began arriving in the Gladstone Region, motorists going south from Gladstone on the Bruce Highway only had a shallow ford in which they crossed the Boyne River.

They often become bogged in the sand and if the river became swollen then there was no chance of the traffic getting through.

Rainy weather often caused the adventurous tourists to wait (sometimes, as long as a week) before they could get their cars through this crossing.

In 1926 a single lane bridge was built in this location.

Although slow with just one lane, this was quite an improvement.

This bridge spanned the water region of the river in dry weather but if there was sufficient run in the river then the bridge would be covered, and traffic would bank up for miles on either side.