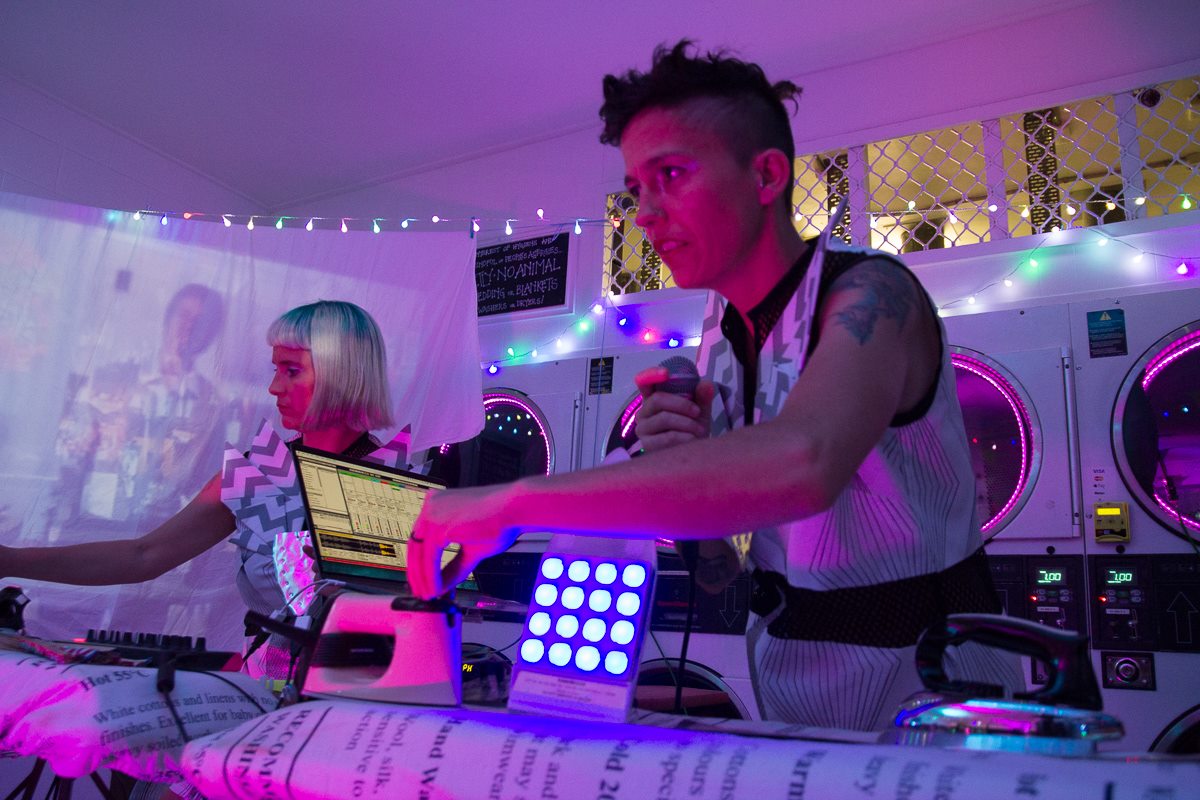 Posted at 15:07h in Entertainment, Lifestyle, Local, Music, What's on by News 0 Comments

Melania Jack and Patty Bom are the Ironing Maidens and they’ll be treating Boyne Island to a fabulon night of electronic music with “Electro Housewife” at the Barbie Jean’s Laundry Clean on June 22.

There’s a more serious side to their spectacular show however and it has to do with the hidden history of women in electronic music:

“We have both been working and studying in electronic music for some years and we came across a woman called Daphne Oram,” Melania explained to Gladstone News last week.

“She was an amazing pioneer of electronic music who started producing back in the forties or fifties and she was instrumental in setting up the BBC Radiophonic Workshop– the Doctor Who soundtrack was created there –  she actually created her own synthesizer back then.”

“We were really interested to discover her, but then we started chatting about “so why haven’t we heard of her?”

Like the ‘Hidden Figures’ in the recent movie, Ms Oram despite doing incredible work hadn’t been written into the history of electronic music: “When you think of who made the first synthesizer it’s people like Moog,” Melania said.

“It goes back to that image about what it is to be a tech person,” she said. “Women worked on the first computers and because it was looked upon as an administrative role, well, that was fine.”

“Once that role started to become more important and computing looked like something that might be taking off, the pay was starting to improve all of a sudden and men wanted to get involved.”

“We’re looking at those kinds of issues around what has changed, and what still needs to change.”

It’s a serious message in a very funky package of musical irons and ironing boards, LED lighting rigs placed inside the driers and retro fifties film clips of housewives projected on the wall.

“When you’re in the laundromat you can smell the smell of the washing powder and the hum of the driers – it really puts you in a different space,” Melania said.

Starting with an unofficial show in Tenterfield, the Electro-Housewife Tour was first trialled in Berlin, home of Bauhaus and the cradle of electronic music:

“We first developed this show a couple of years ago and we weren’t sure if it would work,” she said.

“It’s all very well when you do it at home for your friends and they all think it’s great, but we had to take it on the road.  We went away for a couple of summers running and toured it to the Berlin Performance Art Festival.”

“Because it’s the electronic music Motherland – we thought if we could make it work in Berlin it would work anywhere.” 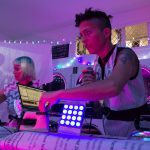 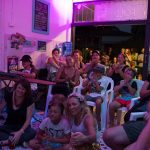 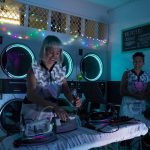