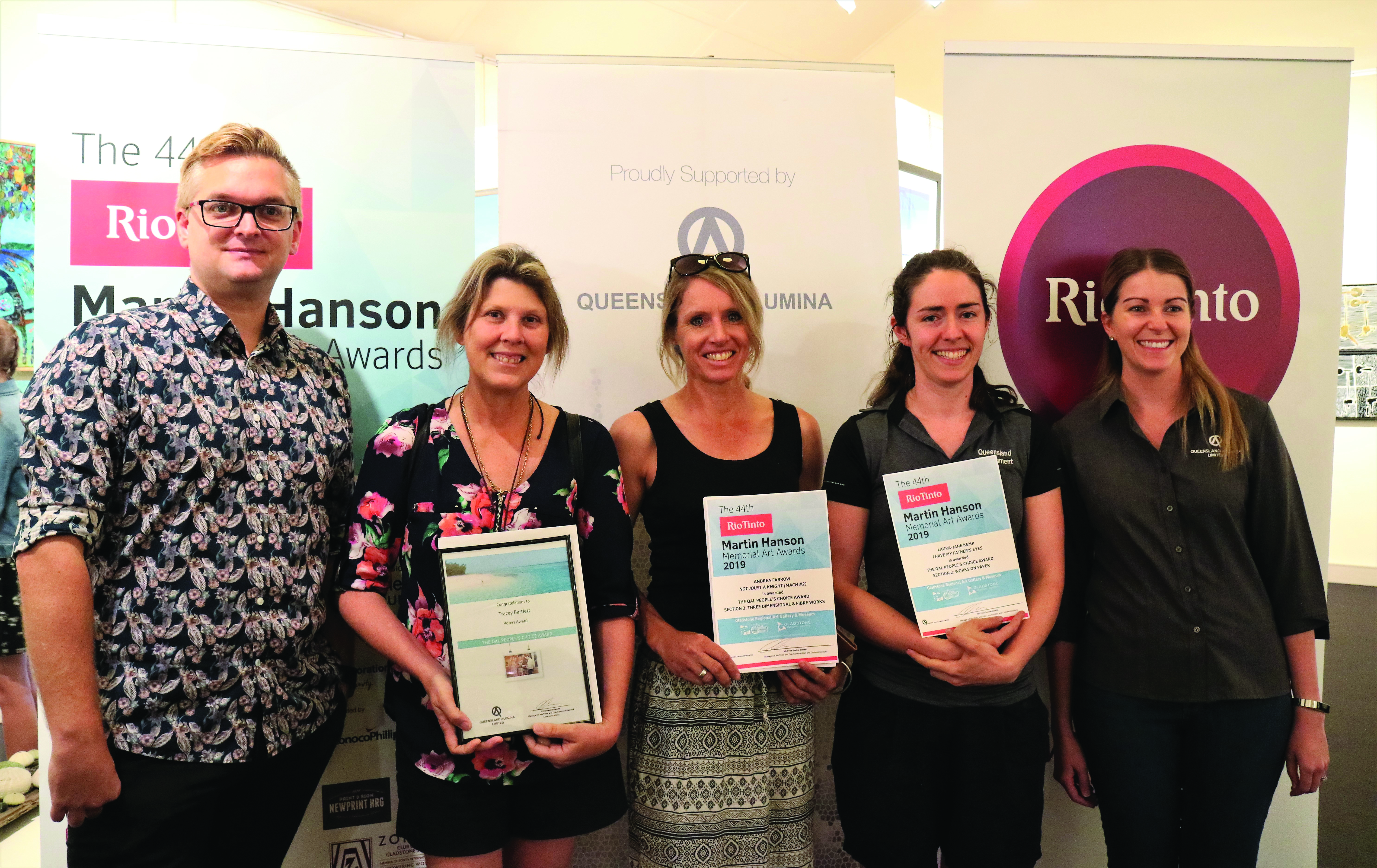 The much-loved Rio Tinto Martin Hanson Memorial Art Awards, hosted by the Gladstone Regional Art Gallery & Museum, were once again the highlight of the cultural calendar in the Gladstone Region and further afield. This year’s Awards attracted 372 entries from established, emerging and amateur artists from across the country and over 4300 visitors attended the exhibition and supporting events. 94% percent of artworks were displayed for the public enjoyment, among those 201 artworks by Gladstone Region artists.

The 44th Art Awards were judged by Simon Elliott, Deputy Director, Curatorial and Exhibitions at the Queensland Art Gallery | Gallery of Modern Art. “It was an honour to be invited to judge The 44th Rio Tinto Martin Hanson Memorial Art Awards this year. With over 350 works to choose from, it made my job as judge a challenge”, said Mr Elliott.

“It was clear by the enthusiastic crowd at the opening that this long-running art event is held with great pride by the city of Gladstone. I commend all the artists, supporters and the staff of Gladstone Regional Art Gallery & Museum on a terrific exhibition.”

Following the Awards presentation on 19 October, visitors were invited to walk through the exhibition in judge’s shoes and pick their favourite works for The QAL People’s Choice Awards.

Initiated in 2014, The QAL People’s Choice Awards have been extremely popular with public, giving the visitors an opportunity to be involved.

Winners of the 2019 QAL People’s Choice Awards were announced 4 December:

Section 2: Works on Paper – I Have My Father’s Eyes by Laura-Jane Kemp

Section 4: Digital Works – It Comes in Waves by Ash Coates

Congratulations to all winners and everyone who participated in the Art Awards – artists, visitors and supporters!

The Gallery & Museum will be calling for entries for The 45th Martin Hanson Memorial Art Awards on 8, 9 and 10 October 2020. Mark your calendar now!