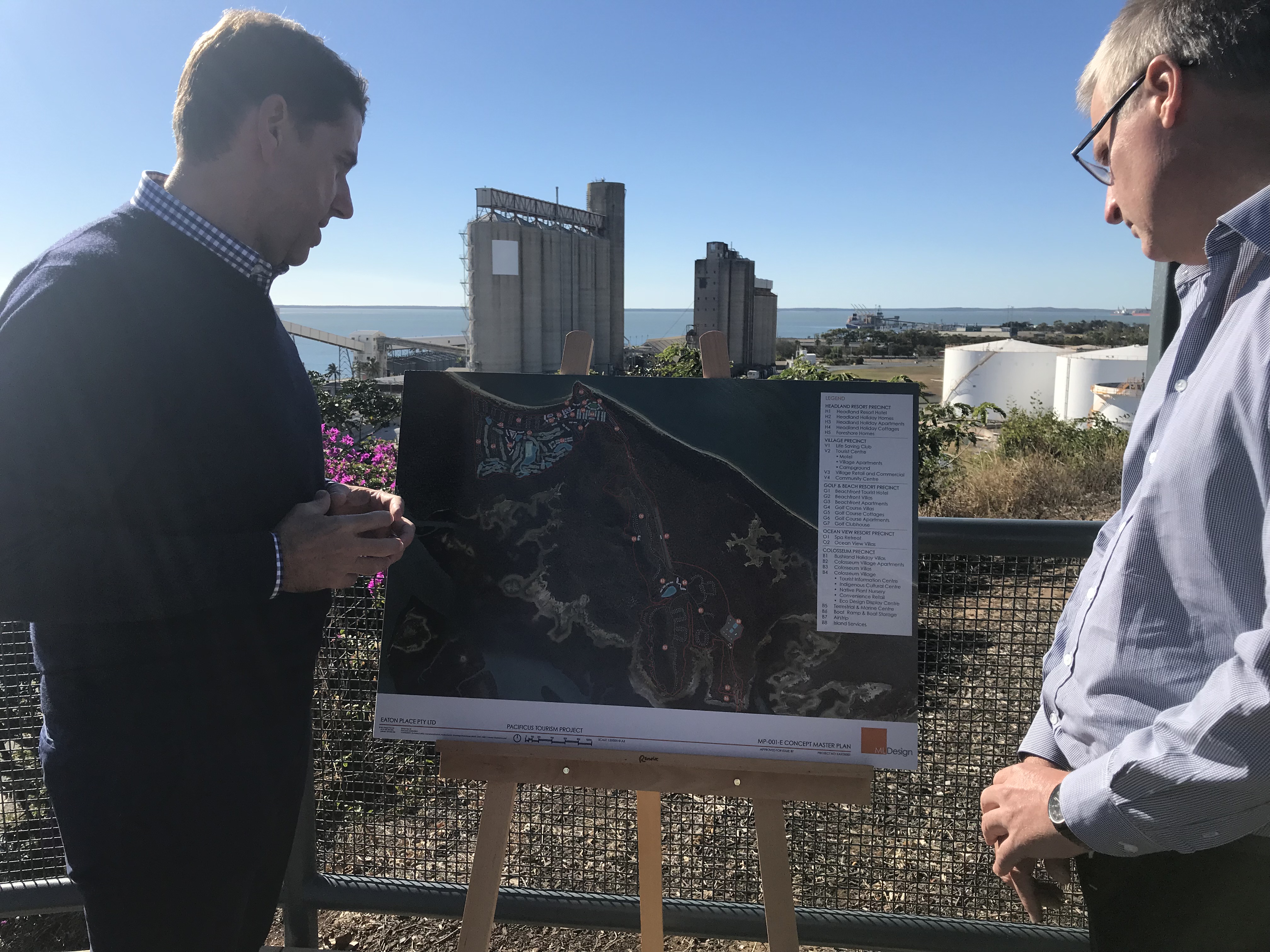 A proposed $1.2 billion tourism project on Hummock Hill Island will undergo a new assessment after the Minister for State Development stepped in to become the decision-maker on the development application.

The move comes a month after the Gladstone Regional Council rejected the application prompting the proponent, Eaton Place, to lodge an appeal with the Planning and Environment Court before appealing to the Minister to exercise his step-in powers.

“In the Planning and Environment Court, the Gladstone Regional Council and the proponent, could be arguing for three to four years, Mr Dick said.

“That adds a lot of cost, time and uncertainty to both parties and to the ratepayers of Gladstone. Using step-in powers a new decision should be concluded in a matter of months,” he said.

The proposal for an integrated, master-planned resort on Hummock Hill Island in Rodds Bay, 30 kilometres south-east of Gladstone, has been on the drawing board for over a decade.

Plans for the land which is currently zoned “parkland/open space” include resort hotels, holiday units and camping grounds for about 2800 people, and potential permanent housing for up to 1200 people, with education and village precincts, boat ramps, beach access, an 18-hole golf course and retail outlets. A bridge to the mainland will also be built to access the island.

If approved, the project is expected to generate an average of 190 jobs a year on the island over the 17-year construction period and deliver 700 direct tourism and related industry jobs when fully developed.

Member for Gladstone Glenn Butcher said he supported the Hummock Hill proposal as it promised hundreds of jobs for locals and a significant boost to the local economy.

Deputy Mayor Chris Trevor said he personally supported the Coordinator General’s decision, voting for Hummock Hill in the decision in May, with the proviso that Council’s 17 grounds for rejecting the application were adequately addressed: .

“There is a concern, expressed by a majority of councillors relating to infrastructure, the environment and town planning. We would ask the coordinator general to cooperate with us in making sure that those issues and concerns are addressed in the application process,” Cr. Trevor said.

“We don’t want a repeat of what happened in the heady days of the LNG industry where Council to a large extent was ignored in the concerns we raised, to both the State and Federal government during the approvals process.”

Mr Trevor said however with adequate conditions, the project had a great chance of succeeding: “Ten years ago, I supported this as the then Federal member for Flynn. I supported it again recently.”

“With Chinese investment the way that it is, I can see this project becoming very successful, very viable and a very supportive base in tourism for our Gladstone Region.”

Baffle Creek resident and local activist Mick Robinson says plans for the resort have upset some locals: “We have the double-edged sword here: do we want big roads to finally bring our tourism if it comes with destroying the National Parks and the micro-ecosystem that protects the Great Barrier Reef World Heritage Area?” he said.