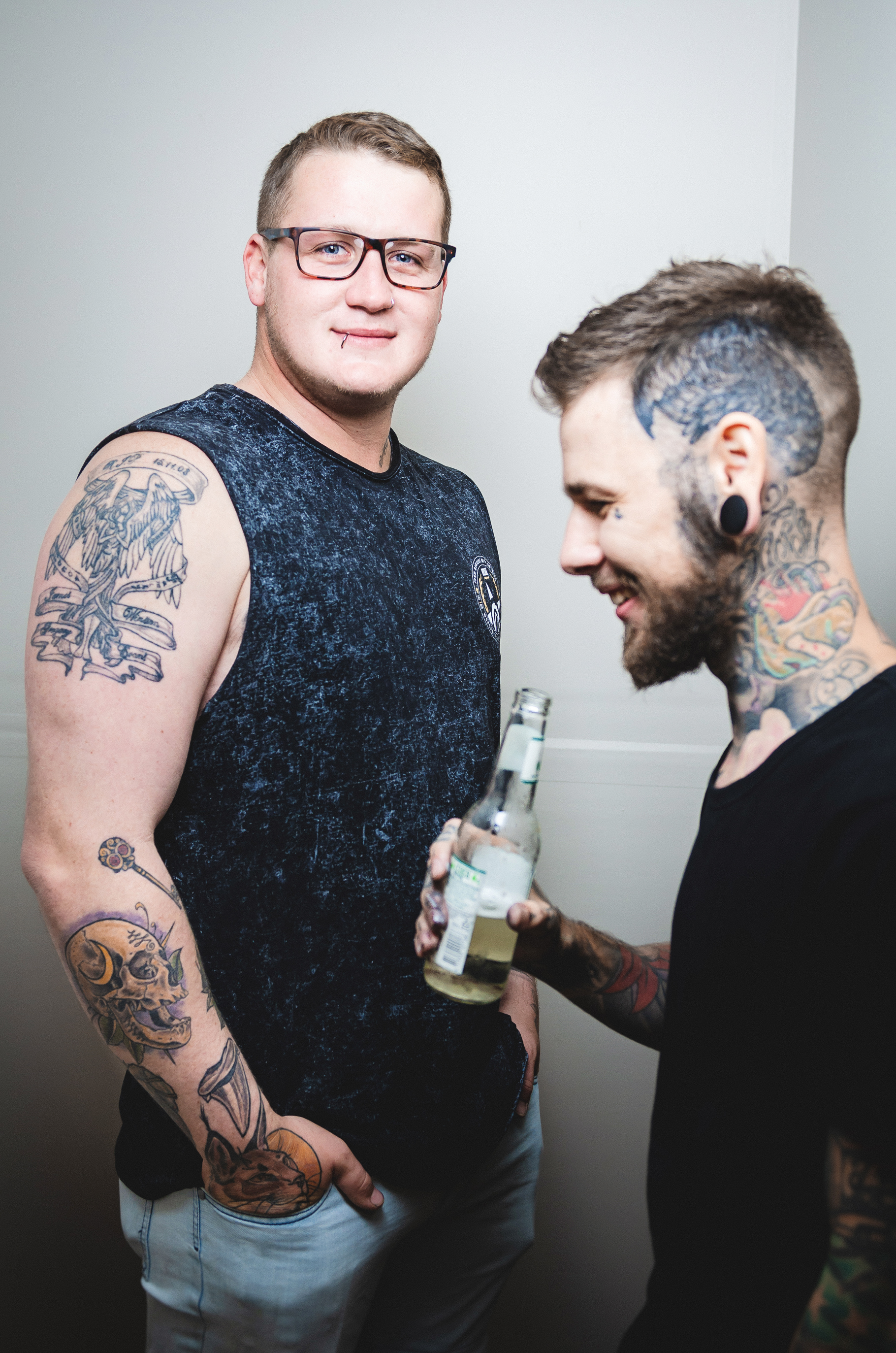 Their art exhibition at Photopia Gallery is called “Don’t Tell Mum I got a Tattoo” but I’d be happy to take my 80-year old mother to Black Dagger’s studio. The former commercial property has been transformed into a pleasant studio with a lot of natural light which smells reassuringly of antiseptic.

Dan Carmichael and Tyson Evans opened the doors to their studio in September 2016 and have built a strong client base from all around the map.

“Tattooing is a dream job for us, getting to do what we love every day for a living – the people we meet and tattoo just makes it all that more amazing.” Dan and Tyson said.

Dan and Tyson say it’s never too late to get your first tattoo: “Although you must be at least 18 years of age to get a tattoo, there isn’t an upper age limit. Age has never determined what our clients want, or where they get it.”

Flash Sheets are pre-designed tattoos ready-to-go at a good price. It’s a very popular way for clients to pick a design for their first or next tattoo. The artists at Black Dagger Tattoo frequently bring out new Flash Sheets with neat, original designs up for grabs.

According to Black Dagger, black and grey tattooing is very popular in Gladstone– that includes many styles such as mandalas, dot work, realism, traditional and black work.

Colour work is growing on the Gladstone region, and makes for an eye-catching tattoo.

“We do believe that over the last fifteen years, things have gotten a little more lenient on the job market with tattoos.” Dan and Tyson class ‘job stopper’ tattoos as any on the hands, neck or face.

That level of visibility can create a negative impression on potential employers. But if you’re dead set on one of these tattoos, Tyson and Dan consider waiting until you’re established in your career first.

If you’re feeling regretful about a tattoo nightmare or a mistake made in your youth, never fear, Dan and Tyson say a tattoo isn’t necessarily forever. There are two options when it comes to an unwanted tattoo:

This method is conducted with lasers in which it breaks down the ink particles in your tattoo and lets your immune system take care of the rest. It is known to tickle, but does show results.

Depending on the tattoo, it may take up to 8 sessions to completely remove.

Option 2 Cover it up

This is a process of coming up with a new tattoo design that will cover over the old unwanted tattoo.

Some people really want that miraculous cover up, but in some cases, their existing tattoo is just too solid– it’s almost un-coverable.

We sometimes recommend getting a couple sessions of laser removal to lighten the tattoo, before we try to cover it up.

Okay, so you have your new tattoo, now the most important part comes and that’s the healing. This process can take up to 3-6 weeks depending on the person.

It is important to listen to your tattoo artists instructions on after care and not your friends.

Black Dagger is located at 31 Roseberry Street in Gladstone’s glorious CBD just across from the Oaks – if you’re shopping around for your very first tattoo, drop by Black Dagger Tattoo Studio and meet the friendly crew. Bring your Mum! 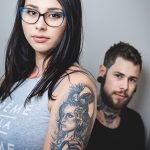 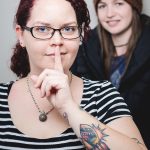 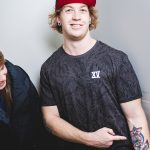 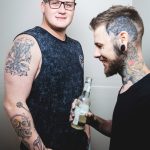 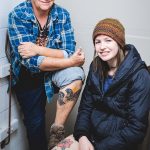 Don’t Tell Mum, an exhibition by Black Dagger Tattoo artists Tyson Evans, Molly Strickland, Dan Carmichael and Rachael Lonie opened at Photopia Studio at Crow Street Creative on Fri 18 May.  Among the visitors were many clients of Black Dagger Tattoo, who were proud to show off the artwork on their bodies while they enjoyed the artwork on display.

Typical of Crow Street Creative events, visitors were invited to participate in the evening by joining photographer William Debois in the studio, to have their body art photographed with their artist.  Capturing the very special relationships between tattoo artist and subject, William has created a body of work that expresses this dynamic.