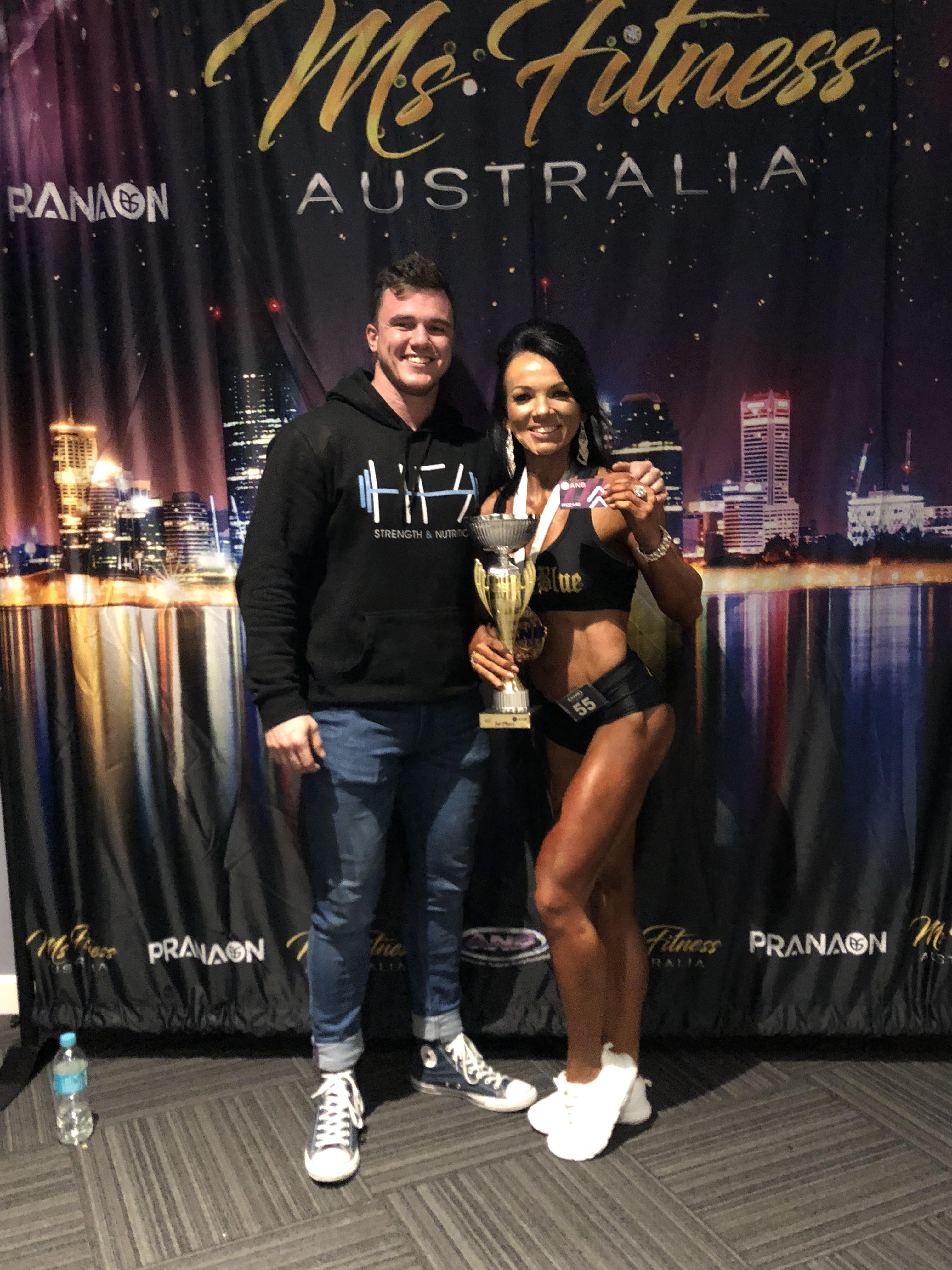 Gladstone athlete Jazz Robson sports a shredded physique, which is a direct result of her dedication to training and preparation. Jazz, who is proudly sponsored by ASN Gladstone flew to Adelaide to compete at the ANB Ms Fitness Australia Show held in August, where she not only placed first in the Under 35 Fitness Model category, she also earned a position to compete in the Pro line-up later that day. Jazz placed 2nd in the Pro Division and is now officially an ANB Fitness Pro️. Jazz said she was thrilled

with her results as the decision to enter the Ms Fitness Australia comp was made after another competition she had qualified for had been rescheduled. “I was fully prepped following my first comp in April, and I didn’t feel done,” Jazz said.

Following her top position in the Under 35 Fitness Model Category Jazz said she invited to enter the pro-line up scheduled for later that evening. Although she was reluctant to take part, she decided to take a chance after encouragement from her coach, Joey Cantlin. Jazz couldn’t believe her luck as judges narrowed the field and she found herself still standing as the top three were announced. “I was so surprised to place in the top five and then to get top three was amazing. My ultimate goal this year was to get my pro card, and I have done that,” Jazz said. “My coach had said ‘just do you’ and I did!”

Jazz competed in her first fitness competition last year has always had a passion for leading a healthy lifestyle. Having grown up participating in dancing and gym classes the rush of endorphins and that feeling of being healthy has become addictive. “It is a lifestyle for me, I just love seeing what my body can do,” said the busy Mum of three boys.

Balancing her complex training schedule around being a Mum and working has presented challenges for Jazz, but commitment and determination have been critical to her success. “If you want something bad enough you will find a way,” Jazz said.

The team at ASN Gladstone praised their ambassador for the hard work she had put into preparing for the competition. Jazz said the ASN team had provided lots of support and guidance concerning supplements and training to help her reach her goals.

Jazz has another competition coming up soon that will be held in Brisbane. We wish her all the best!