Joseph Fitton was over forty years of age when the family came to Australia. He spent much of his time on the mining fields surrounding Gladstone. He didn’t marry and after mining at Mt Rainbow and Targinnie, he also had a processing plant (battery) at the Tableland (or Barmundoo fields). This information is stated within the 1913 electoral roll. After the war, Joseph opened a garage at the corner of Tank and Gondoon Streets in Gladstone where he was an agent for T Model Fords. He suffered from rheumatism and died in Brisbane in 1922. He is buried in the Gladstone Cemetery. The garage closed down in the early 1930s. 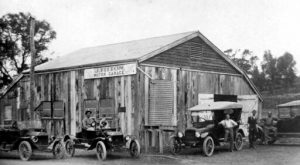