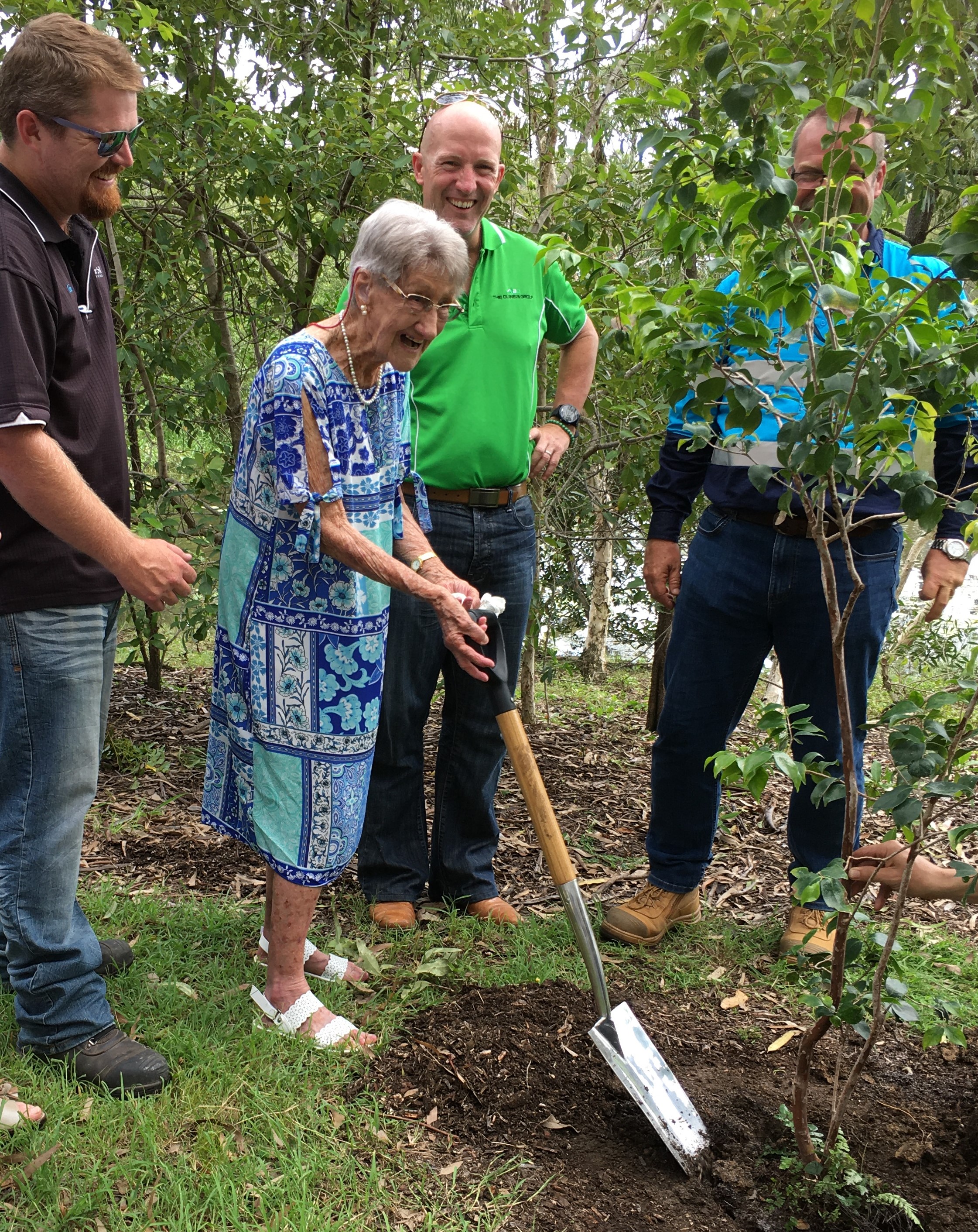 Centenarian, Josie George was honoured on her 100th birthday at a tree-planting and plaque ceremony at the Gladstone Botanical Gardens on Friday 21st February 2020. The celebration was held by the Gladstone Branch of National Seniors and the Gladstone Regional Council. Josie is happy to be a called a “Gladstonite” born and bred as she has spent almost all her life in our fair city.

JOSEPHINE MARY (Smith) GEORGE, daughter of John and Amelia (née Soppa) Smith was born in Gladstone on the 21st of February 1920. She was the youngest of four children – Myrtle, Teddo, Vince & Josie. John came to Australia from Scotland in 1885 at three years of age. Amelia’s father was a links-man for the railway and was stationed at the 325½ Mile Gatehouse just south of Gladstone and her grandmother was the gatekeeper for the rail crossing. These gates were extensively used for droving cattle to a holding paddock near the meatworks and was also where the main southern road crossed.

Josie attended the Star of the Sea Primary School and as a youngster, would help Sister Martine polish the brass candlesticks and clean the church every Saturday morning.

Her love of tennis began in those early years and she has fond memories of her brother Teddo teaching her to play. She would play at the Butter Factory, Railway & Mills tennis courts. Josie joined the Ladies Midweek Tennis Fixtures in 1969 where she made many friendships.

On 17th November 1941, Josie married Arthur George and they raised their three children, Gary, Ian and Robyn. Josie was an active member of the Catholic community and a supporter of the Yaralla Ladies Club (formerly QACS). She played indoor bowls, table tennis, floor and wall quoits and darts.

Arthur sadly passed away in January 1996. Josie remained in her home with her son Gary looking after her. Josie enjoyed being surrounded by friends and members of the community for her 100th birthday.