Kasey Chambers: “I think I have the best job in the world” 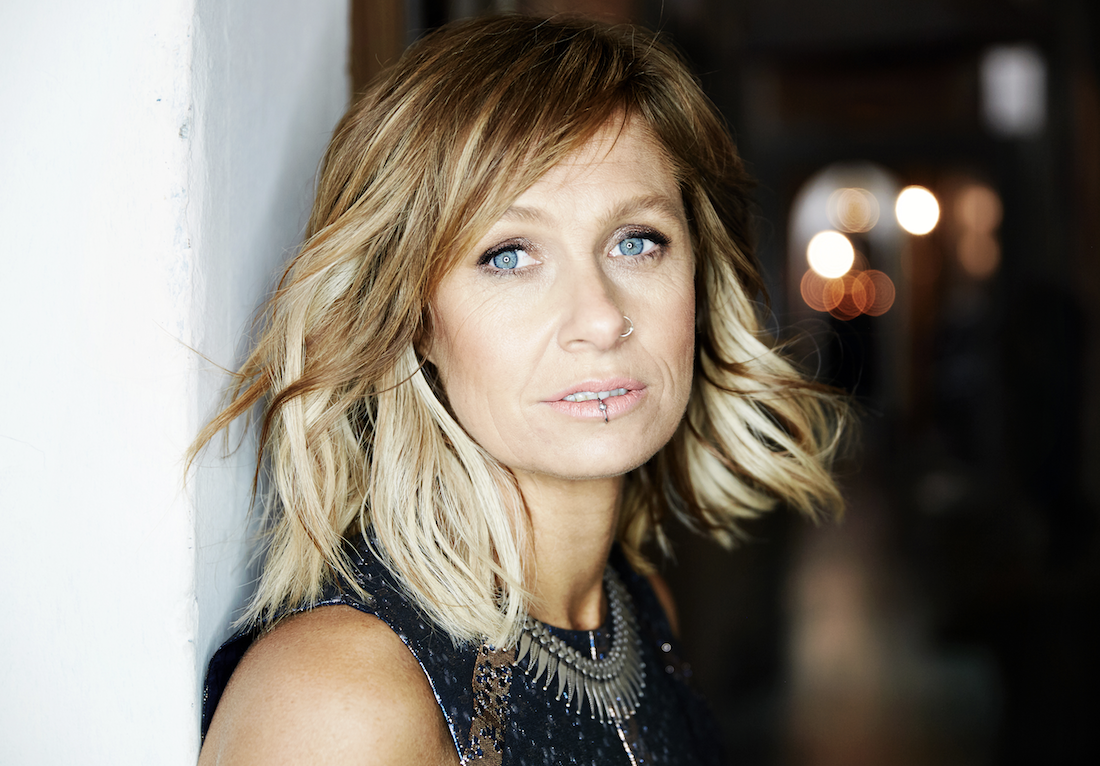 15 Oct Kasey Chambers: “I think I have the best job in the world”

Kasey Chambers says “amazing” and “beautiful” a lot.  Another phrase you’ll hear a lot from her is “dream come true”. She also often starts sentences with “to be honest”, because to be honest, she’s having the ride of her life this year.

She is currently touring her new double album “Dragonfly” – hitting the GECC on October 29 –  and managing somehow to a blend a fun-filled family life with touring the US and recording with one of her heroes – all with a big grin on her face and a look of disbelief at her extraordinary success.

“I think it’s a really beautiful position to be in to be able to put your heart and soul on your sleeve and share it with people. Strangers! Though you may not ever have a conversation with them or anything, you connect with them for that short period of time,” she said.

“I think I have the best job in the world.”

It has always been a family affair for Kasey, who toured extensively from her childhood, led by father Bill Chambers in The Dead Ringer Band. In between tours, they’d live a frugal life off the land, on the Nullarbor Plain.

By the time Kasey was nine and her brother Nash 12, they were regularly joining their parents onstage. The close-knit, fiercely independent family determined to make a living out of their music. Her career since, spanning more than 20 years, eleven albums, and more country and rock music awards than will fit in anyone’s pool-room is evidence of that commitment.

Bill still plays in her band, Nash has too, and he produced one half of double album Dragonfly, as well as many of Kasey’s previous tracks. Son Arlo played on her recent US tour:

“They’ve all toured with me, and they do all spend a lot of time with me on the road anyway, but my five-year-old daughter (Poet) she gets a bit sick of it sometimes so she’s just screaming a lot,” she said. “And then my eldest one, Talon, he’s fifteen, and so he’s just a bit too worried about missing out on footy training to go on tour.”

“But the ten-year-old, Arlo, he comes out and plays onstage with me every night, and he will sit there and play backstage with us while we’re playing. He loves it.”

“It’s a fairly normal part of my life, but every now and then I will look over and I will look out to one side and see my dad playing guitar, look out to the other side and my son is playing harmonica and I’m thinking: “Oh wow! This is a pretty incredible scenario, to have these three generations on stage playing music together at the one time,” she said.  “It’s beautiful.”

The other half of Dragonfly was produced by Australian music legend Paul Kelly, ticking off another item from Kasey’s personal bucket-list of the beautiful and amazing rewards of a lifetime commitment to her music:

“We have worked together from time to time over the years and it’s always been an amazing experience but this time he produced that whole side of the record;

“He really brought out a new side of me musically, but just also it was such a beautiful experience being in the studio with him for a week, and just getting to know him on that level. It was just beautiful,” she said.

Her show will be a mix of tracks from Dragonfly but she won’t disappoint her long-term fans: “Obviously we’re touring the Dragonfly album so I’ll play a few songs from that, but there will still be a few of my old songs. I love the old songs. I love going back and playing a bunch of songs from “The Captain” and “Barricades” she said.

“I know the old ones better. It’s hard to learn new songs at my age!”

Also joining Kasey on stage at her Gladstone show on 29 October are the boys from Grizzlee Train, her backing band, plucked from obscurity to tour with one of Australia’s best-known artists:

“I came across them in a little bar on the Central Coast. I went to this little beer garden, just hanging out with some friends and this band started playing, just these two guys, drums and guitar and they blew me away, they were amazing. And they’ve been out on the road with me ever since,” Kasey said.

Her support act, Garrett Kato was recruited in a similar way: “I stumbled across him busking on the streets of Byron at night, when I was around the area, and he’s been on the road with us for the last year.”

Kasey says she’s played Gladstone a few times in the past and always gets a great response: “A lot of people come out and the shows sell really well so I’m really stoked. I’ve played that particular theatre on and off in the past, and we have really good gigs there, so we keep coming back,”