My Life as a Cop – with Sergeant Sally 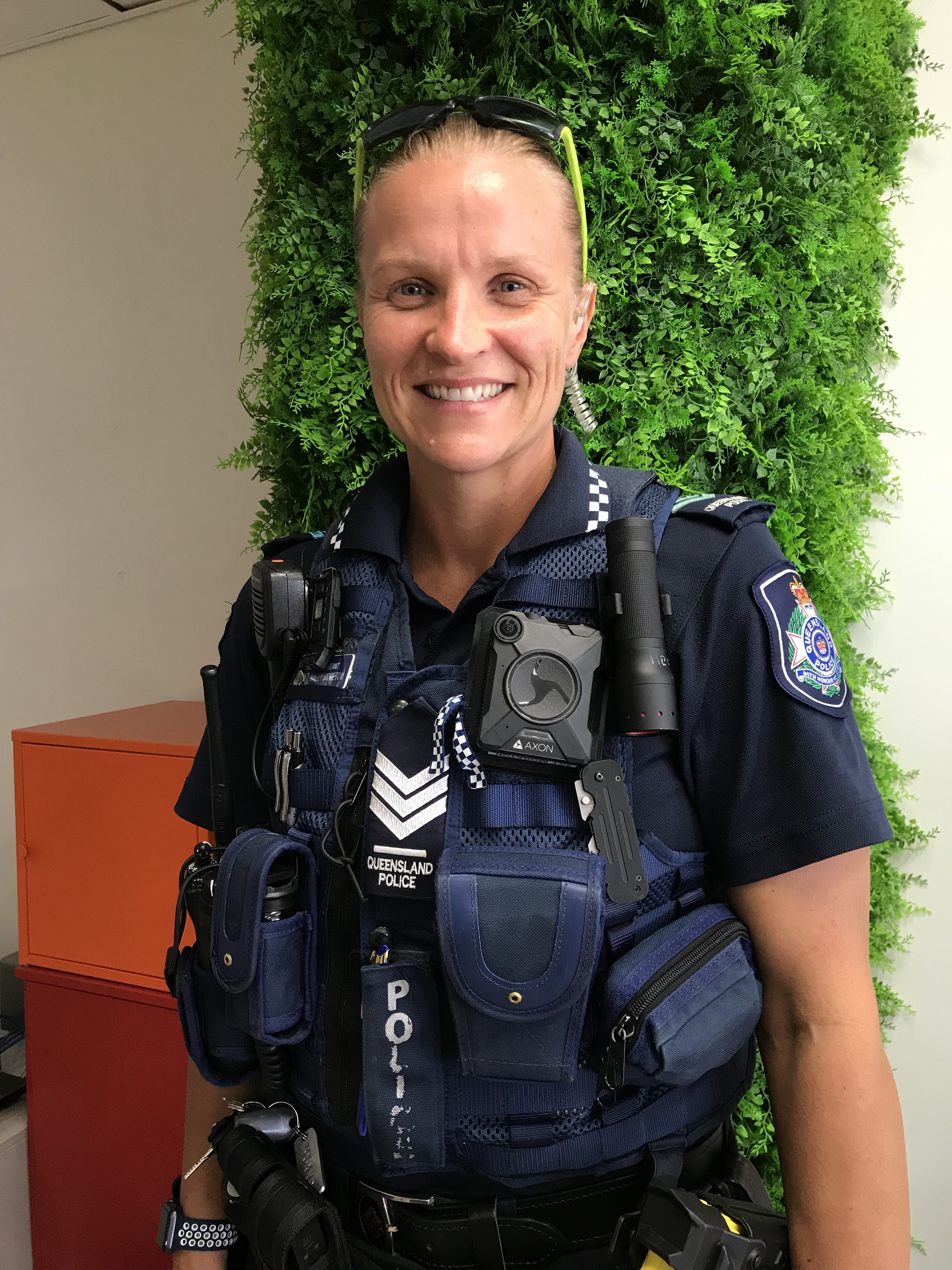 19 Feb My Life as a Cop – with Sergeant Sally

Posted at 14:01h in Community, News, Police by News 0 Comments

After twenty years in the Queensland Police Force, nine of which have been spent right here, Sgt Sally Moreton has seen a lot of changes in our town, including shifting trends in crime.

“Now that the boom is gone, people say it must be quiet, but it’s not, we are so busy,” she said.

Experiencing the huge influx of people to town during the LNG boom, Sgt Moreton said Gladstone had really opened her eyes. Being a shift-working town made it less predictable than her previous job in the suburbs of Brisbane.

“It could be a Tuesday night that things kicked off, or a Wednesday morning, who knows? I know we were putting thirty people in the watch-house every Friday and Saturday night.”

“We were just flat-chat all the time.”

Gladstone crime has changed since, she says: “There’s a lot of domestic violence, which is almost always made even worse when people are struggling financially,” she said.

“We’ve attracted a different sort of person to town with low rent and this time around, it’s not a high-spending population who are kept busy at work for twelve hours of the day,” she said.

“Domestic violence would be our highest priority, our core business if you like.”

She also confirms that methamphetamine use is behind a lot of criminal behaviour in Gladstone:

“I don’t know how they develop their habits I’m afraid, but it’s definitely prevalent in this town,” she said.

“I don’t think that’s unique to us though, I think it’s everywhere. It’s a shame. It’s a blight on society,” she said.

Sally has spent more than half her life as a serving police officer and she says it’s a great job for a woman. Ferociously fit, she completed a degree in Human Movement Studies before entering the Police Academy in Oxley in Brisbane aged just twenty.

It’s a career decision she’s never regretted, even though police work isn’t for everyone:

“When I’m in those dicey situations, that’s what I love about it, I love the adrenaline rush,” she said.

“I never think “Wow that was close”. I mean I’ve seen some horrendous things, I’ve dealt with horrible, horrible things but this is my job. I have really good family support and friends that help you deal with it.”

She says it makes her appreciate her community:

“Obviously because I deal with that one percent of society, I appreciate more, that the rest of society is so fantastic,” she said.

“I drop it on the kids if they’re feeling hard done by,” she said.

“I’ll say: “Hang on, I’ve just come from a house where this is happening, and the kids live like this, and you’re whinging because your bedspread is the wrong colour?!”

Sexism has never been an issue for her – “I can see that people would think the police would be a bit of boys’ club – but I’ve never had my career stunted, I’ve been promoted along with the blokes,” she said.

“And when I had my children I know a lot of my friends were jealous of the maternity leave provisions,” she said. “It’s a very secure job and if I’m doing a recruitment drive that’s what I’m saying to people, because secure work is quite hard to find in the current market.”

Sally loves cop shows and says she watches them all, but they don’t always get it right.

For instance, in Australian police forces at least, you don’t get a ‘partner’ to work with:

“No, that’s not how we work at all. As the sergeant for my team, I have ten officers.  There’s always someone on holidays, and there’s always someone on a course, so right now I have five people working. One of them is at the station and I’ve got two cars: one male, one female officer in one car, and another male/female team in the other car.

“It might be different tomorrow – it’s just whoever I decide to go with on the day.”

“I loved Third Watch -that’s my ringtone – but the thing about most of these shows which frustrates me beyond all belief is there’s a crime at the beginning of the show and it’s solved and prosecuted and the person is in jail forty minutes later. That doesn’t happen.”

But long-term persistence and thoroughness do pay off as Gladstone detectives recently discovered, with a recent breakthrough made in a local cold-case leading to the arrest of Lowmead man Russell Williams for the alleged murder of two local men in 1993: “It’s great that they have an arrest now. I know the detectives who work upstairs from us have worked tirelessly on that, so it’s great to see there’s finally a result coming through for them,” Sgt Moreton said.