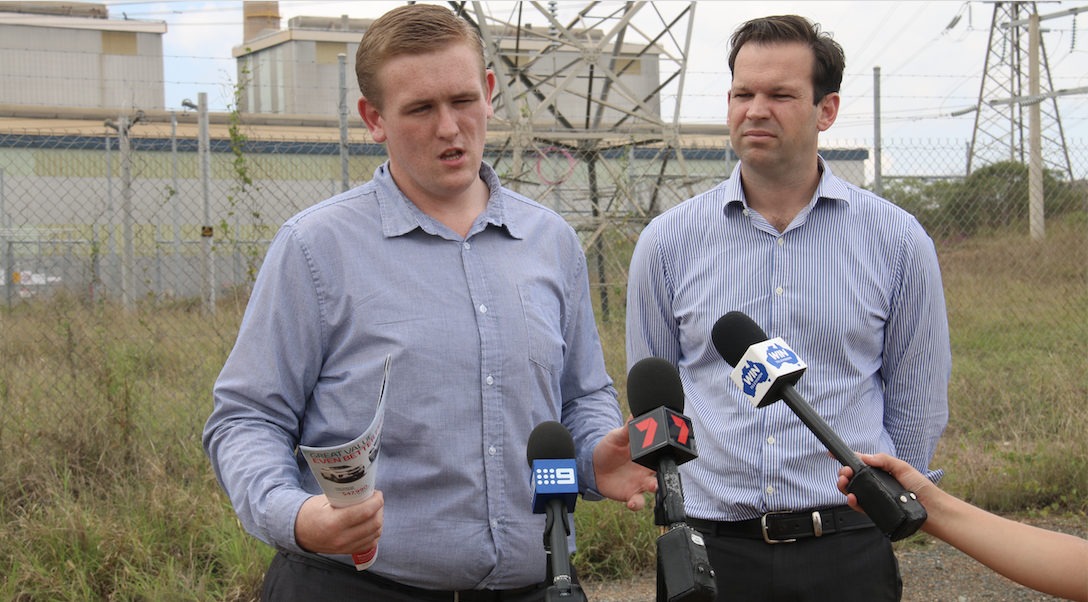 The LNP candidate for Gladstone has been announced.

Chay Conaglen is a 20-year-old university student who works part-time in the Rockhampton office of Minister for Resources and Northern Australia, Matt Canavan. Senator Canavan introduced Chay to local media outside the NRG Power Station today.

Campaigning on a trio of issues – reducing power prices, supporting coal-industry jobs and helping ‘aspirational’ families – the Accounting/Law double degree student says it is not entirely true that he does not live in Gladstone:

“I have changed my electoral address with the electoral commission and I am in the process of moving here to campaign.  It’s true that I am from Rocky and I am proud of being from Rocky but first and foremost I am a proud, third-generation, Central Queenslander,” he said.

“It’s not like I’m from Brisbane, it’s only ninety kilometres up the road. I decided for instance when I went to University to stay local. Gladstone is a region of choice, people move here all the time, so that is what I am doing,” he said.

Senator Canavan said that Mr Conaglen knew, as the third-safest ALP seat in Queensland, Gladstone would be tough campaign:

“We recognise at the LNP that this is the Mt Everest of seats in Queensland, it’s a tough ask for the LNP to win this seat, but we are out there fighting for every seat and every vote in Queensland,” he said.

“Glenn Butcher might be a good bloke, but I think he’s part of a bad team – he’s part of a team in Central Queensland who are not backing coal-fired power,” Senator Canavan said.

Describing himself as a conservative Christian, Mr Conaglen promised to be a listening ear and a strong voice for the region, and as offering an option for conservative voters:

“I am fired up and ready to take it to the Labor Party,” he said. “The LNP has a plan for this part of the world, we are the party for regional Queensland.

“I know it’s going to be hard, but I am not someone who is going to sit back and watch this part of the world die and go down the gurgler with stupid, ridiculous, Labor Party policies.