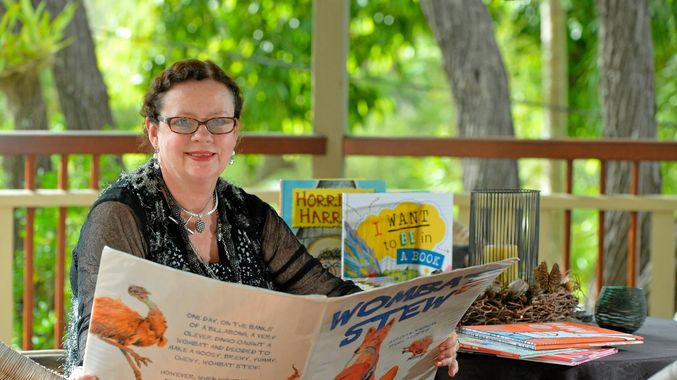 Dr Sheahan-Bright was appointed a Member of the Order of Australia (AM) for her significant service to children’s literature and to the promotion of reading. When the announcement was made Dr Sheahan-Bright said she was,

In the Australian honours system appointments to the Order of Australia confer the highest recognition for outstanding achievement and service.

Originally born in Brisbane, Dr Sheahan-Bright moved to Gladstone in 1997 and enjoys visiting cultural facilities around the region.

When asked what inspires her, Dr Sheahan-Bright said,

“I write about children’s and young adult literature as a critic, reviewer and editor, and am inspired by the breadth and depth of quality of the works currently being published for young people.

Dr Shehan-Bright continued, stressing the importance of reading during adolescence.

“It is essential, and parents can’t begin too early to read with their children as babies and toddlers. Not only does early reading encourage a reading habit, and create ‘readers for life’, reading fiction (in both picture books and prose works), also encourages creativity, and teaches children empathy and to imagine other ways of being which is so important in a society where tolerance can sometimes be lacking.”

“In recent years, many books reflecting society’s diversity have been published but we need to see even more publishing which explores the richness of varied experiences. For example, works by Indigenous writers are being released by publishers such as Magabala Books and organisations such as the Indigenous Literacy Foundation, but there are many Indigenous stories still to be told. There are also a lot of books being published which inaccurately reflect a very monocultural world.”