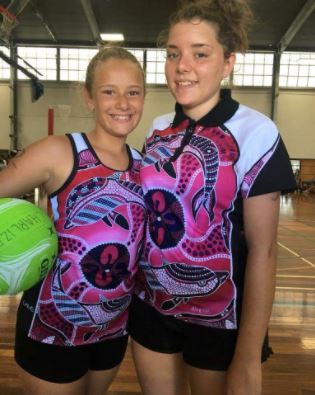 It’s ready, set, net for Kaniesha Sailor as she shapes up to represent her country for a fifth time after being selected for the Australian Indigenous Netball Budgies.

Already a veteran Budgie, Kaniesha who’s made the schoolgirl top team – the U18s – will be accompanied by Yaralla clubmate Charlize Crawford on the Gold Coast in July for the World Sports carnival, an international netball and rugby union comp for indigenous young people.

Teams from every state including two from Queensland competed at the national carnival in January, with selection trials taking place between games.

“The level is just awesome. It was Charlie’s first year to go down there. What you see, just the talent from the girls, it’s amazing,” Kacie Crawford, Charlize’s mother said.

The girls will compete at the carnival being held from the 7th to the 15th of July against teams from New Zealand, South Africa and Sri Lanka as well as ‘mainstream’ netball sides.

Ms Crawford said many of the Budgies are players from rural and remote areas who attend boarding school: “Kids love sport and involving them in netball helps them in a lot of cases to remain at school,” she said. “The same goes for the boys and their footy.”