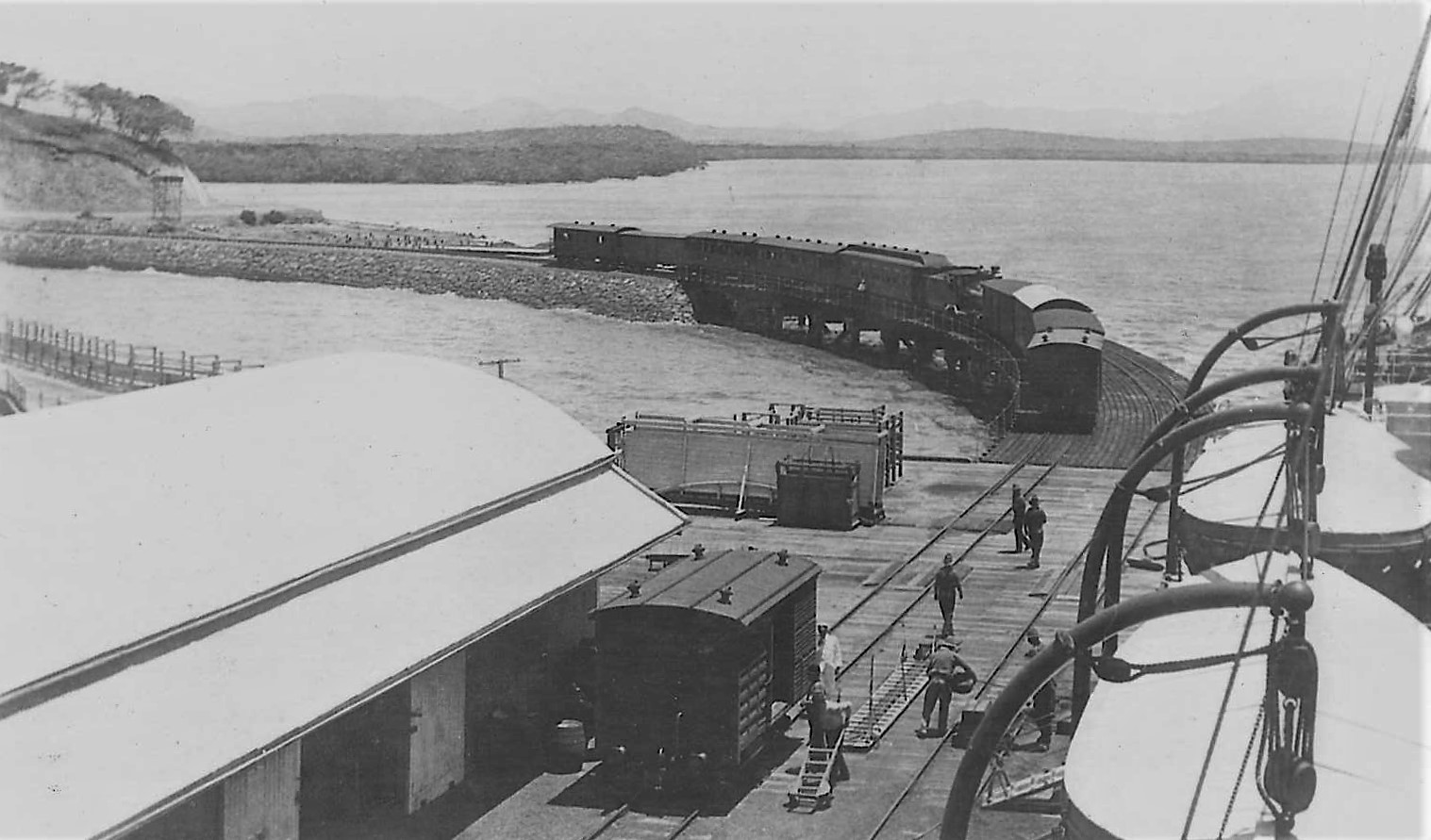 To convey the mail train wagons to the ship’s side, a turntable was constructed in 1899 and a rail link to the jetty was built. Mail vans were placed in front of the passenger train at the railway station and when the train approached the wharf the mail vans were individually placed on the turntable. From there, waterside workers pushed the vans onto the wharf proper and loaded them onto the ship, while return vans had already been unloaded from the vessel. Likewise, the passengers would alight from the train and continue their journey by ship, or they would disembark from the ship and continue their journey by train.

The timetables of the trains and the vessel usually required the southern train travellers to cool their heels around Gladstone for some twenty-four hours before the ship was again ready to travel. The mail service continued no matter how rough the seas became and, although this caused delays, it always got through. Many fine ships were employed on the service and no vessel was better than the Bingara, which was small graceful and dependable. In 1909 the approach was extended so that the mail and passengers would continue completely onto the wharf proper.

This famous service became known to thousands of people throughout Australia and continued for twenty-six years. It was not until the line was built to Mackay that the service became redundant in February 1924.