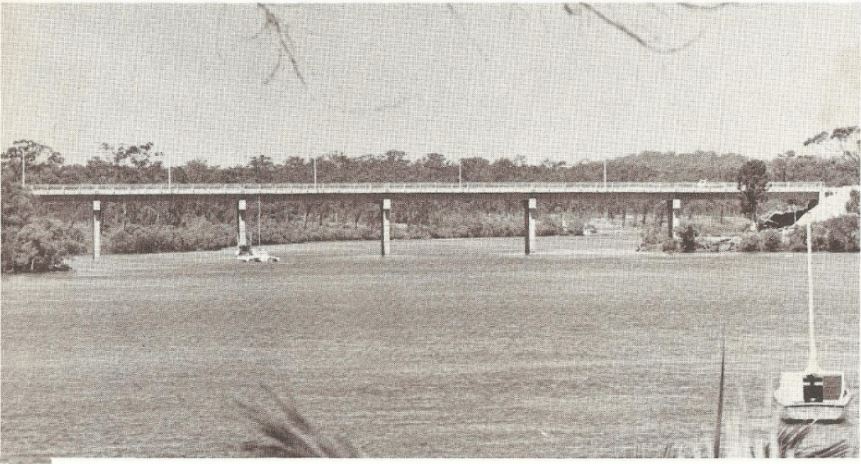 This Bridge was officially opened on the 11th October 1980 by Cr. EAD Cameron, Chairman of the Calliope Shire. It heralded a new phase of planned growth for the communities of Boyne Island and Tannum Sands.

Spanning the Boyne River near its mouth, the two-lane bridge married the two communities creating a civil bond between developments planned on each side of the river. The bridge provided easy access for those living in the adjacent townships and brought wider benefits by bringing the popular beaches and other recreational facilities of Tannum Sands much closer to Boyne Island and Gladstone. From a regional point of view, the linking of the two communities gave them equal benefits from sporting, recreational and other facilities developed in the area. This avoided costly duplication of many amenities and services and new facilities were established to meet the needs of a growing, integrated community.