Matt Burnett to run for federal seat of Flynn 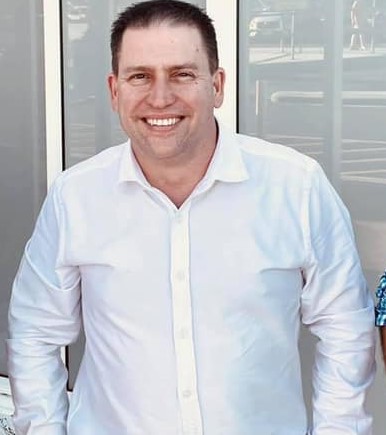 22 Apr Matt Burnett to run for federal seat of Flynn

EARLIER this month the Australian Labor Party announced they have selected Gladstone Regional Council Mayor Matt Burnett as their candidate for the federal seat of Flynn.

Liberal MP Ken O’Dowd, who retained the seat in 2019 with an 8.7 per cent point margin, is retiring and will not contest the next Federal Election due about March 2022.

Councillor Burnett, is able to run for election while retaining his mayoral position, but will take an unpaid leave of absence during the federal campaign, which is expected to last between four-to-six weeks.

Deputy Mayor Kahn Goodluck will step into the Acting Mayor role during this time.

If Cr Burnett is successful in his run and elected, he will be required to forfeit his council position which will force a by-election to fill the mayoralty.

Gladstone News sat down with a Cr Burnett for a Q&A to talk about his decision to run, and what he will do for the people of Flynn if elected.

GN) What made you decide to make the move from local government to federal politics?

MB) This decision was not made lightly, it happened because Anthony Albanese was true to his word. I told him if he could guarantee that locals across the region, and our local governments, will get a better deal under his leadership, then I was in. True to his word, two days later he announced a seat at the National Cabinet for the President of the Australian Local Government Association, and shortly after he supported my motion to increase financial assistance to the 537 local councils across the country. I’ve been immensely proud to be Mayor of the Gladstone Region, and will continue to work as hard as ever in my Mayoral role. However, it’s with the confidence of knowing that in Canberra I can deliver even more of what the regions want that inspired me to stand for Labor in Flynn.

GN) What will you do for the people of Flynn if elected as their next representative?

MB) I want our region to be the heart of Australian manufacturing, and the backbone of Australia’s growing energy generation and export. It is jobs in these industries that generate better than average growth, provide long-term secure employment, ensuring the future of our regional communities. We have a lot of challenges as a nation, and as a community, but the important thing for the people of Flynn is the security of their jobs. I’ve been heavily involved in the recent signing of an MOU to deliver 10 per cent hydrogen to the local gas network. While that’s great news for energy generation, I want to ensure it’s locals who benefit. We can train the future workforce for the whole hydrogen industry right here in Central Queensland. I want to give local employees, including future young apprentices, job security for the future.

GN) Why should people vote for you?

MB) I want the people of Flynn to know that I am on their side, and that I can get things done. I’ve been working for locals on local issues for over 20 years, taking the fight for them to all levels of government. As a born and raised local, now is the right time for me to be able to represent the whole electorate of Flynn.

GN) What do you think of your chances to win, given that Flynn has been a strong Liberal seat?

MB) I wouldn’t have entered the race if I didn’t think there was a chance for Labor to win Flynn back. And not just a chance, a real chance under the leadership of Anthony Albanese. I am confident there will be better results for our region with a Federal Labor Government. With a seat at the table under the leadership of Anthony Albanese, Central Queensland can expect to get the attention it deserves.

GN) Is there anything else you would like to add?

MB) During the pandemic it has been proven, beyond doubt, that Australia needs to be more self-reliant. We need an economy that makes things right here, and manufacturing is what we do so well in Central Queensland. At Labor’s national conference the creation of the National Reconstruction Fund was announced, with $15 billion put back into the private sector, Australian ingenuity and local Australian jobs. I am proud to be part of the team that’s putting manufacturing front and centre.